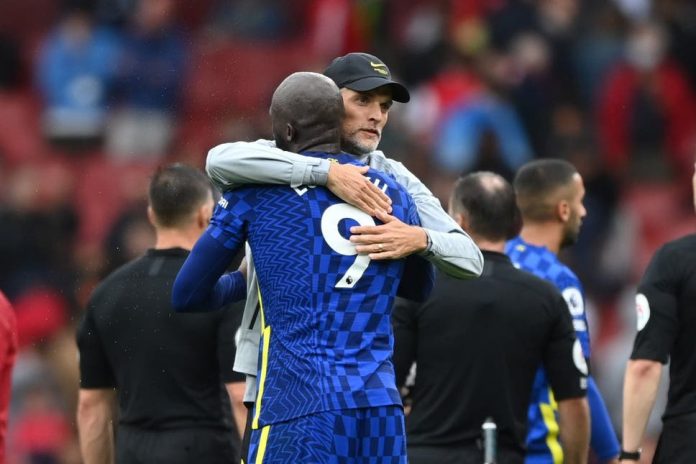 Chelsea striker Romelu Lukaku was recently dropped for the game against Liverpool after his controversial comments regarding his move to the London club.

The Belgian international revealed that he had no plans to return to Stamford Bridge and he also hinted that he is keen on a return to Inter Milan in the near future.
The player has now made a definitive decision regarding his future in the Premier League and he has informed manager Thomas Tuchel that he has no plans to leave the Blues.
The report from the Times will come as a massive boost for the Blues and their fans.  However, it remains to be seen whether the player is willing to commit himself to the cause and perform at a high level every week.
The last thing Chelsea need is a top-class striker like Lukaku sulking around the camp every week. He is unlikely to be useful for the Premier League giants if he is unhappy at the club.
The 28-year-old is undoubtedly one of the best attackers on the planet and he could make a huge difference to Chelsea’s season if he manages to stay focused.
The Blues are currently 10 points adrift of league leaders Manchester City in second place and they will need their best players firing on all cylinders in order to stand a chance of catching up with Pep Guardiola’s side.

Lukaku will be hoping to redeem himself with his performances in the coming weeks having returned to training on Monday.
Thomas tuchel has confirmed to The Athletic that he has spoken to the player regarding his actions and Lukaku has apologised before joining up with his teammates for training.

“I am happy that we took the time to talk calmly about it,” Tuchel said.

“That’s what we did. He apologised and is back in the squad for training later today.”

The striker publicly apologised to the Chelsea fans through the club’s social media channels as well.

A message from Romelu.