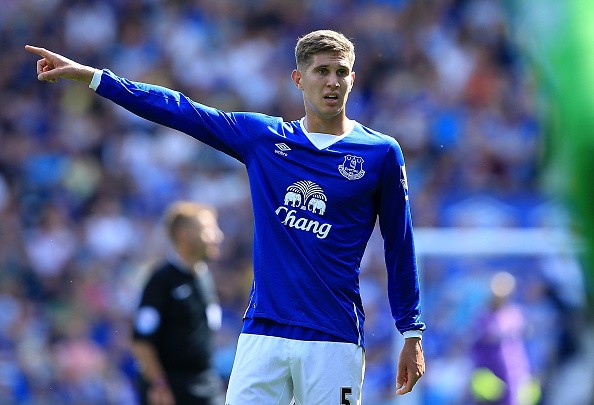 Everton manager Roberto Martinez has made it clear that defender John Stones will not leaving the club in January. This is a big slap in the face to Chelsea, who were expected to resume their interest in the player after several unsuccessful attempts to land him in the summer.

The Blues had four bid rejected by Everton for the Englishman, the last of which was worth around £37 million. Stones even handed in a transfer request at Goodison Park, but Martinez expertly handled the situation. The 21 year-old has been an integral part of the Toffees’ side this season, forming a solid partnership with Phil Jagielka at the back. Chelsea were expected to be back with a bid of around £40 million in January, but it now looks like no amount is going to force Everton to sell their prized asset.

“It doesn’t matter if Chelsea come back in for him. We created a squad to see how far we could go over 10 months. January doesn’t come into consideration”, Martinez was quoted as saying by The Guardian today.

“We’ll never lose anyone in January – unless it’s somebody who hasn’t been playing and we need to find a solution. If he’s a top performer, it’s not even a consideration.”

“When you are right in the middle of a season, I think players understand that you can’t sell someone if you can’t replace him,” he added.

“I think the uncertainty comes in the summer, where everyone speaks about possibilities. January is a window to solve problems with players who are not featuring as often as they feel they should, or to bring in players from a lower league to give them an opportunity.”

Chelsea are facing huge problems at the back, having conceded 26 goals already in their 16 games thus far. They only conceded 32 in the whole of their title-winning campaign last year. The Blues are in 16th place, just one point above the relegation zone. The pressure is well and truly on Jose Mourinho to make some changes, but he has been dealt a severe blow in the pursuit of his number 1 defensive target.