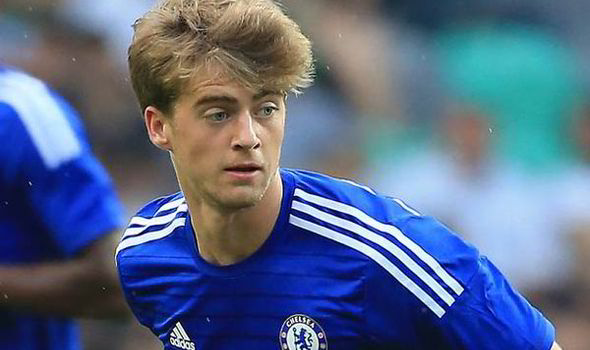 Chelsea youngster Patrick Bamford wants to stay at the club next season and prove himself good enough for the first-team. The Times has reported that Bamford has turned down an the opportunity to be re-united with his former manager Steve McClaren at Newcastle United, who worked with him at Derby County in the 2013/14 season.

The 21 year-old has been on Chelsea’s books since 2012, but is yet to make a single appearance for the Blues. In the last two years though, he has impressed mightily in loan spells at Derby and Middlesbrough respectively. Last year, he won the Championship Player of the Season award after scoring 17 goals for the Teesside club. He also proved that he can do it against the top teams, scoring one and assisting one in Boro’s shock 2-0 win over Manchester City at the Etihad Stadium in the FA Cup. But now, he wants to stay at Stamford Bridge and attempt to break into the first-team. He will join the Premier League champions in their pre-season tour of the United States and look to impress Jose Mourinho. A whole host of Premier League clubs are interested in signing the Englishman, including Sunderland, West Bromwich Albion, Everton and Newcastle. McClaren has been appointed as the manager at St. James’ Park for next season, and is interested in working with Bamford again. But Chelsea value the player a lot and are interested in giving him a new five-year deal.

The striker situation at Stamford Bridge though, is a bit complicated. With Radamel Falcao’s arrival imminent, Bamford’s introduction would mean four strikers in the squad. Loic Remy has been rumoured to be insecure about his place, and a move for the Frenchman would put Bamford in the fray. But there are reports that Chelsea have still not given up on Atletico Madrid forward Antoine Griezmann. With so many big-name players ahead of him, Bamford will find it very difficult to gain any game-time.