Evian defender Daniel Wass has caught the eye of several top European clubs with his displays over the last couple of seasons. The Dane has been the standout performer for the French side and it is understood that he is going to attract a lot of interest in the upcoming January transfer window.

English side Chelsea are one of the major contenders mentioned in the race by French magazine Le 10 Sport. The Blues are reportedly set to engage in a battle with Olympique Marseille for the talented youngster’s signature. 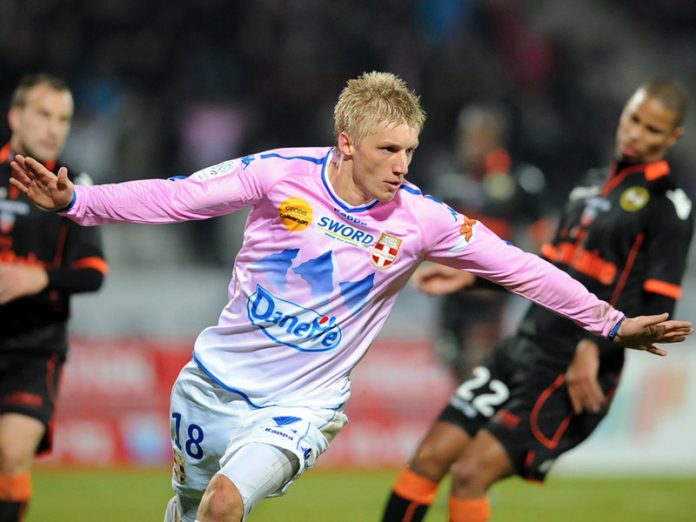 In this season’s Ligue 1 campaign, Wass has already scored an incredible 7 goals. Only Alexandre Lacazette, Andre-Pierre Gignac, Zlatan Ibrahimovic and Cheick Diabate have more. All these players though, are strikers, unlike Wass. The 25 year-old has been played in a variety of positions in defence and in midfield, and has proven his versatility by performing well everywhere.

Wass’ contract at the Parc des Sports is set to run out in June 2016 and Evian manager Pascal Dupraz has already submitted to the fact that he will have to sell his talisman to a bigger club. He will though, want to gain out of the transaction and may therefore need to sell him either in January or in the summer.

Dupraz said, “He must go to a big club. It serves him right. Some technicians feel that it is a handicap to play several positions, but he is good at several positions. And this week I had the privilege of having on the phone, the President of a big club who said that his priority was a striker at the moment. But I told him he had to look at the rankings because Wass is second only to Lacazette and Gignac. Certainly he is not an attacker, but he scores goals!”

Wass is said to be valued at around €6 million, a real bargain for a player of his ability.