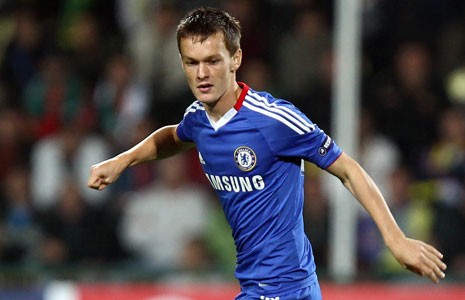 Josh McEachran has left Chelsea after 14 seasons to sign for Championship side Brentford, the latter have confirmed on their official Twitter account. The 22 year-old was once tipped as one of the brightest young talents in England, but has faded away dramatically after failing to impress at Stamford Bridge. He has signed a four year-contract with the The Bees.

NEWS | @JMcEachran20 has today completed his move from @ChelseaFC, signing a four-year deal with #brentfordfc pic.twitter.com/Y1Jf3TPU9E

Some might say he never got the chance to prove his worth, as he only made 22 appearances in all competitions for the Blues in 5 seasons since breaking into the senior side. Since 2012, he has been away on loan to a whole host of clubs, including Swansea City, Middlesbrough, Watford, Wigan Athletic and, most recently, Vitesse. But after failing to shine in any of those spells, Chelsea have decided that he has not future with them.

He has represented England at every level from the U-16’s to the U-21’s apart from the U-18’s, but the senior team seems far far away now. The left-footed central midfielder joined Chelsea at the age of 7 in 2001, and was highly regarded by the club as a player with a lot of potential.

But his thin and lithe physique saw him struggle to cement a place in a side looking to challenge for the Premier League title. Also, with the likes of Frank Lampard and Michael Essien in the side, it was always going to be an impossible task. Now, the Blues have Cesc Fabregas, Nemanja Matic, Ramires and John Obi Mikel all fighting for places in that department, and several other youngsters likes Ruben Loftus-Cheek, Nathan Ake and Nathaniel Chalobah waiting in the wings.

Brentford reached the Championship play-off last season, just one year after being promoted from League One. Signing McEachran is a real signal of intent from the club as they look to make it into the top flight in the next couple of years.

Manager Marinus Dijkhuizen was all-praise for the Englishman, in an interview to Brentford’s official website. He said, “Josh is a versatile midfield player who can play in a holding role and as a playmaker.

Although he played at Vitesse last season, he has good experience of English football and will be able to fit into our playing style very quickly.”