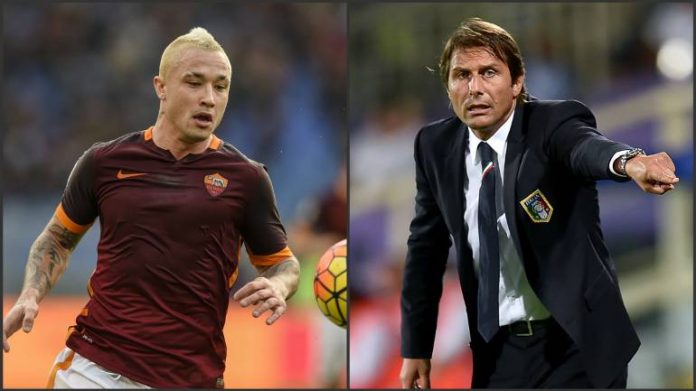 The Blues are having a hard time trying to lure Radja Nainggolan away from AS Roma to Stamford Bridge. The former’s interest in the Belgian midfielder has been well-documented for a while now, but the club from the Italian capital are holding firm in their resolve to keep their prized asset.

Gianluca Di Marzio have reported that Chelsea have had a €32 million (plus €3 million in bonuses) bid rejected by Roma for Nainggolan, who himself isn’t too keen to leave the Stadio Olimpico at the moment. Antonio Conte seems keen to make the 28 year-old his first major signing, as the former Premier League champions look to get back on track after finishing 10th last season. An upheaval is required, and  reshuffle in personnel is the way forward. Conte is a hard task master, and will pursue the players he feels will fit his mould in West London. A no-nonsense, rugged central midfielder like Nainggolan certainly looks like a cog in the jigsaw. This was an area of the pitch Chelsea struggled in last season. Nemanja Matic was dreadfully out-of-form, causing the technically-limited John Obi Mikel to take his place for most of the second half of the season. 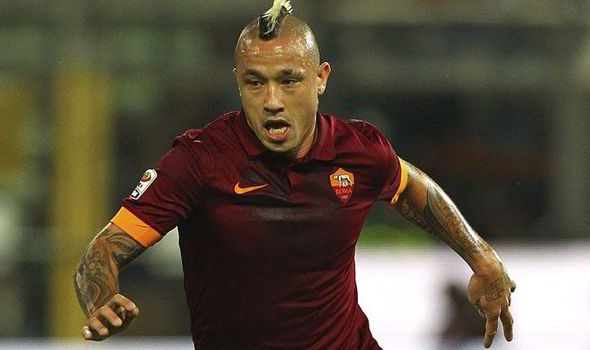 Nainggolan and Roma are staying put at the moment, but Chelsea are expected to come back with an improved offer. The midfielder will be an integral part of the Belgian national team at the upcoming European Championships in France. Interestingly enough, his side are in the same group at Italy, managed by Conte. The former Juventus boss has more than one reason to have his eye on Nainggolan, and a solid tournament with Belgium is sure to make his market value shoot up even further.

Missing out on the Champions League next season could act as an impediment in this move for Chelea. But with the Blues unlikely to stay away from Europe’s elite club competition for too long, a move may be good for Nainggolan in the long-term scheme of things.