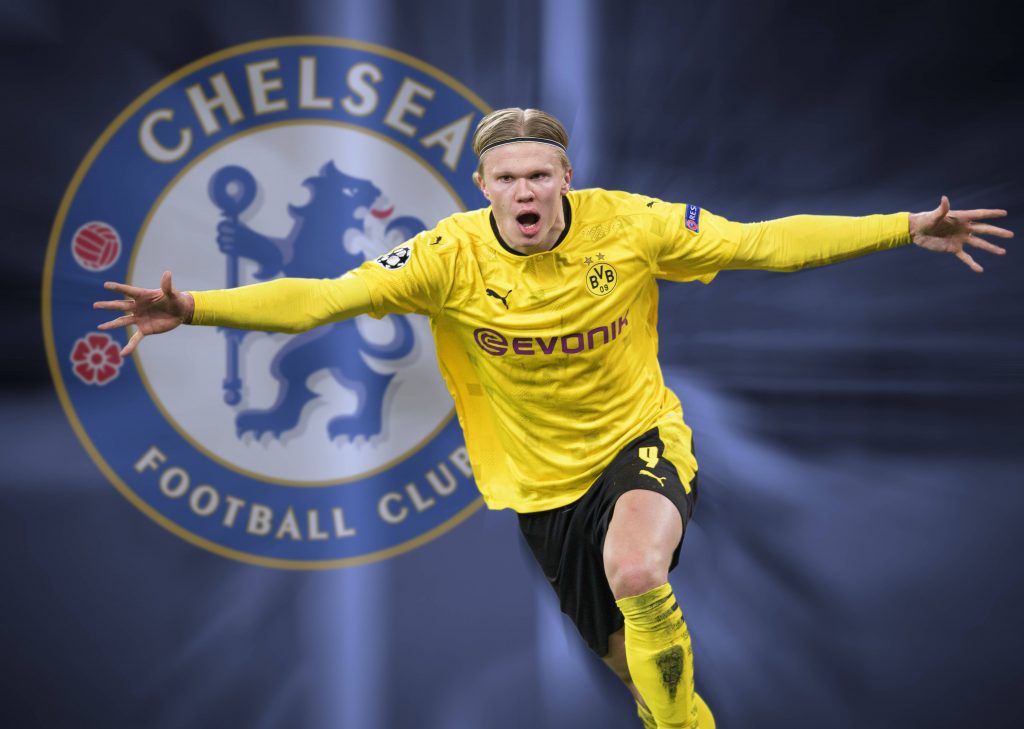 The Blues ended the previous campaign on a high note with Champions League glory, but they were still disappointing with their finishing in the final third.

Timo Werner and Tammy Abraham were the joint top-scorers with just 12 goals, and the former was guilty of missing several clear-cut chances.

The Blues are now searching for another elite striker, and Haaland has been earmarked as their prime target for this summer’s transfer window.

They recently proposed a player-plus-cash deal for Haaland involving either Abraham or Callum Hudson-Odoi. It was rejected by the German club.

Dortmund are reluctant to sell Haaland unless a club meets their £150 million valuation. It is now reported that the Blues are prepared to bid around £130m.

Blues owner Roman Abramovich has vowed to provide fund for a big-money signing, but he is not willing to pay more than the reported fee for Haaland.

The European champions will be aiming to carry on from last season, and mount a serious challenge for the 2021/22 Premier League title.

With Werner’s woes, they need another striker, who can get them regular goals. Haaland would be an excellent acquisition for them.

Dortmund stand to lose Haaland for just £70m next summer due to a buy-out clause, but the hierarchy are still determined to keep him.

They refused to sell Jadon Sancho for anything less than £108m last year, and it appears that they are holding out similarly for Haaland.

The Blues have the financial power to meet their expectations, but they are eyeing more than one high-profile signing this summer.

They are still focused on pursuing long-term target and club graduate Declan Rice from West Ham United, who could cost around £80m.

With the significant agent fees and wages involved, the overall cost for Haaland’s transfer could potentially go well beyond £200m.

Abramovich appears fixed on not paying more than £130m. It remains to be seen whether they can convince Dortmund with future add-ons.