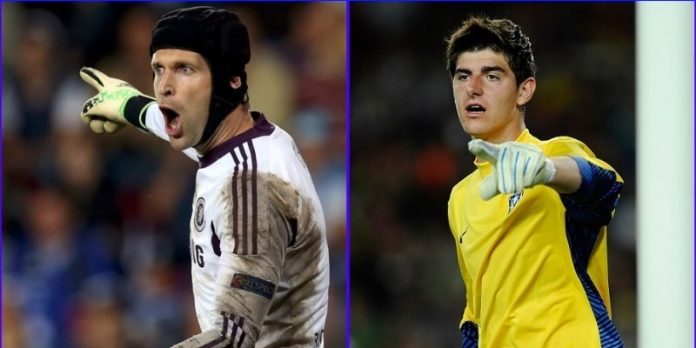 Former Chelsea keeper Carlo Cudicini has said that Czech international Petr Cech could leave the club in January if he permanently loses his place to the incoming Thibaut Courtois at Stamford Bridge.

Cudicini, who played for the club between 1999-2009, told TMW that he believes Cech is still one of the very best keepers in world football, and if he finds himself wasting away on the bench next season, could push for a move away in January:

“It’s hard to know what will happen. I think now both will remain at Chelsea, and that the ‘number one’ will be chosen by Mourinho. In January, then, something might change. I don’t think that Cech will willingly accept a place on the bench . He’s still one of the strongest goalkeepers in circulation.

There are echoes of the situation concerning Cudicini’s own deposition back in 2004, with the then young Petr Cech being thrust into the first team at the Italian’s expense by Mourinho – a gamble that certainly paid off.

Courtois helped loan club Atletico Madrid to the La Liga title last seaosn, as well as an appearance in the 2014 Champions League final against fierce rivals Real. His performances have seemingly won over Chelsea boss Mourinho, who knows that such is the Belgian’s potential, he may have to sacrifice the London club’s best ever keeper in order to keep Courtois, with the likes of Real Madrid and Barcelona rumoured to be interested in ensuring arguably the best young keeper in world football remains in Spain, permanently.