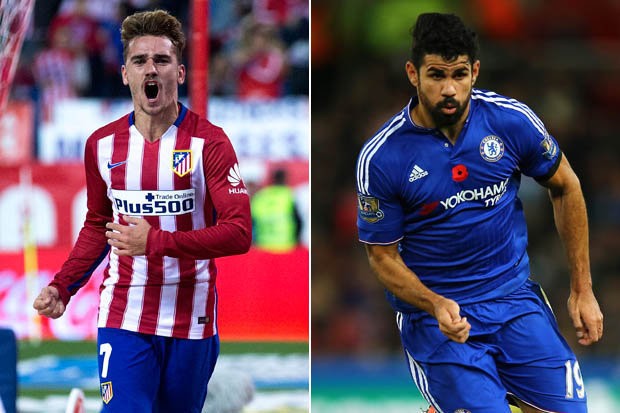 During the international break, players are often asked to comment on other players, be it be their club teammate, opposition players, or international mates.

Spain will face France in their next match in Paris on Tuesday. Ahead of the match, Spain striker, Diego Costa has given a candid interview to Telefoot, where he touched on various topics.

Costa was asked to comment on French forward, Antoine Griezmann, who was named Player of the Tournament at Euro 2016. The Atletico Madrid striker has been in phenomenal form over the last two seasons, and has been linked with a move to the Premier League.

Both Manchester United and Chelsea are interested in signing Griezmann, who has a reported £86m release clause in his contract. Costa has hailed the 26-year-old as a “great player”.

Griezmann has scored 28 goals in all competitions, and has made 11 assists to  his name. The Spain striker said, as quoted by Telefoot:

Griezmann? He’s a great player. In addition, there’s N’Golo Kanté, who plays with me at Chelsea.

They’re a national team with many talents, which collectively makes them very dangerous.

Costa adds that French striker, Karim Benzema, should be playing for the national team. The Real Madrid striker has not played for France since being exiled by the FFF in December 2015 for his alleged role in blackmailing of national team-mate, Mathieu Valbuena.

The Chelsea striker admitted that he doesn’t know the details of the incident (involving Benzema), but he should be in the national team for the sake of the game.