Chelsea’s ageless hit-man, Samuel Eto’o, is edging closer to joining former club Inter Milan at the end of the season. 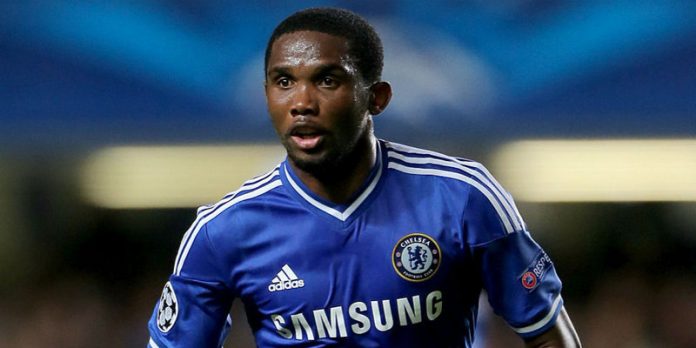 Eto’o, who previously admitted his desire to play for La Liga side Majorca once again, has now been linked with a moved back to the San Siro, with ‘Corriere Dello Sport’ revealing that the player’s agent met with the Inter Milan sporting director in London on Wednesday.

The pair reportedly had dinner that evening while Chelsea drew with Turkish side Galatasaray, with Eto’o appearing from the bench. The report also says that the Cameroonian is said to see a return to Inter as one of his preferred summer destinations, as his family still lives in Milan.

The 32-year-old, as it says on his legal documents, has been in the spotlight this week after boss Jose Mourinho jokingly questioned his age in a leaked interview.

Yet while his Chelsea career looks to be coming to an end, he has no plans to hang up his boots in the near future.

Despite the rumours reaching fever pitch after his former girlfriend stated this week that he is actually 39, the ever-happy Eto’o remains wholly unperturbed,

“I am Samuel Eto’o, what can I say?” he told Sky Sports News after the Galatasaray match. “If at 36 and 37 I can score three goals at Manchester United it means that I still have some juice and I can even score until I am 50.

What do you think? Would Inter be a good move for Eto’o at the end of the season? Let me know in the comments below…