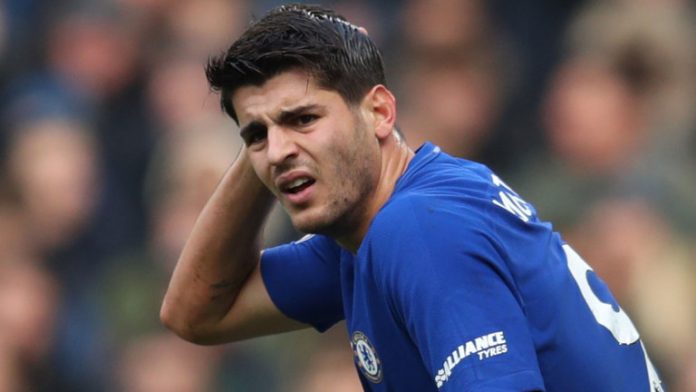 Chelsea striker Alvaro Morata has been linked with a move to Juventus.

The 25-year-old has endured a difficult time at Stamford Bridge and Italian media outlet Tuttosport has claimed a return to Serie A could be on the cards.

A two-year loan deal is said to be a possibility for Morata who has scored just 14 goals in 42 appearances in all competitions for Chelsea.

He played for Juve between 2014 and 2016, sandwiched in between two spells in Spain with Real Madrid.

Morata arrived at Stamford Bridge from Madrid last summer in a deal worth £58 million.

He made a stunning start to his Chelsea career, netting seven times in his first seven games.

Since then Morata has struggled, both with injuries and on the pitch, scoring just once in the league this year.

The former Juventus star was hauled off at Southampton on Saturday to be replaced by Olivier Giroud, and the French star scored twice to help Chelsea come from two goals down to win 3-2.

Morata was recently omitted from the Spain squad for their recent World Cup warm-up games against Germany and Argentina.

Juventus have also been linked with Manchester United forward Anthony Martial, but the opportunity to take Morata on a temporary deal could prove too tempting to pass up.