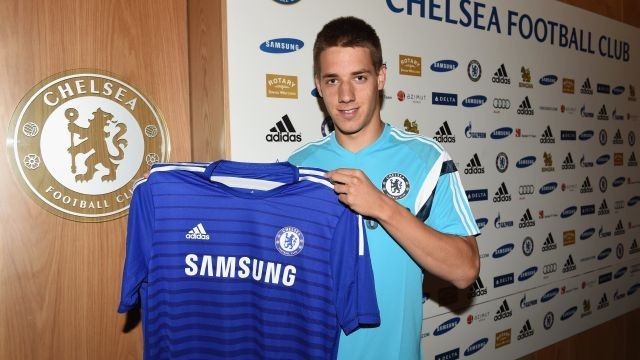 Chelsea have secured the signature of yet another highly talented young midfielder, Mario Pasalic from Hajdul Split, the club has confirmed.

The 19-year-old midfielder has represented Croatia at Under 21 levels and was even considered in his country’s 30-man provisional World Cup squad.

He said: ‘I am a central midfielder, my favourite player is Frank Lampard, and so I am very happy to be a Chelsea player.’

The youngster enjoyed a fine first full season in senior football during 2013/14, where he scored 11 times in 36 appearances in all competitions and helping his side to third place in the Croatian league.

He is a similar type of player to Marco van Ginkel, albeit more attacking in nature, but it remains to be seen, whether he features in the first teams plans of Jose Mourinho or not. The youngster will join the first pre-season training today and most likely could be sent on loan to gain exposure and regular games under the belt.

He has become the second major midfield signing for Chelsea this summer, with the Blues having already signed Cesc Fabregas from Barcelona.

Furthermore, Chelsea have already agreed a deal to sign Atletico Madrid striker Diego Costa while are working on deals to bring players like Filipe Luis and Tiago.