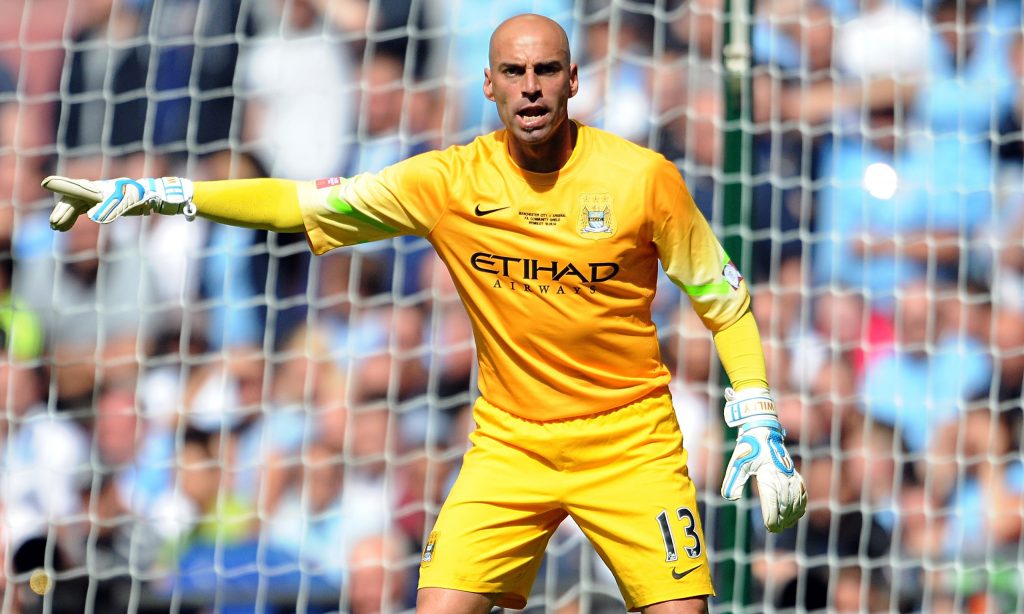 The 35-year-old will be utilized as second choice stopper behind Thibaut Courtois, who is currently in negotiation with the Blues to extend his current contract at Stamford Bridge.

Caballero was released by Manchester City when his deal expired at the end of June. The former Malaga man made 24 starts for Pep Guardiola’s men last season but was allowed to end his spell at the Etihad Stadium as City completed the capture of Brazilian stopper Ederson in a world record £34.7 million transfer deal for a stopper.

The Argentine told Chelsea’s official website: “I am very happy to join Chelsea, the champions of England.

“I am looking forward to meeting the guys and helping the club achieve more success in the coming season.”

Chelsea technical director Michael Emenalo added: “We are very happy to have Willy on board. He knows the Premier League and is tried and tested at the top of the game.

“We have three experienced goalkeepers and we look forward to welcoming him to the club when the squad returns to preseason training.”