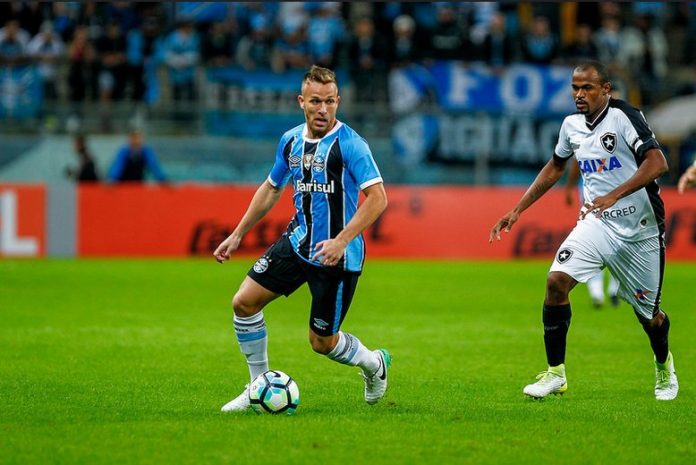 Chelsea have been linked with a move Gremio star Arthur.

The 21-year-old midfielder, who is also wanted by Barcelona, is seen as a possible long-term replacement for Cesc Fabregas.

Arthur recently helped Gremio win their first Copa Libertadores in 22 years and he also forced his way into the Brazil national squad this season.

Gremio were angered last week after he was pictured wearing a Barcelona shirt and standing alongside the club representative Andre Cury.

The Brazilian club blasted the La Liga giants and have insisted they won’t do business with them, potentially opening the door for Chelsea to swoop.

Gremio vice-president Odorico Roman has confirmed the chase is on for the midfielder and that he has a £44 million release clause in his contract.

Having already been compared to the likes of Xavi and Iniesta in Spain that fee could prove to be a bargain, and Gremio’s anger at Barca could play into Chelsea’s hands.

Fabrgeas has forced his way back into the Chelsea first team this season, but he only has around 18 months remaining on his current deal.