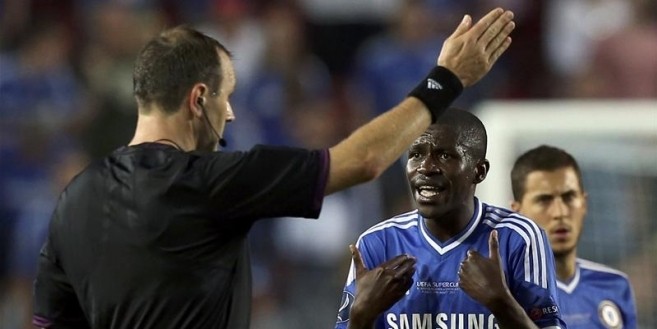 Last week reports emerged in Spain that Real Madrid boss Carlo Ancelotti is weighing up options elsewhere to bolster his midfield, after knowing getting either of Juventus duo Arturo Vidal or Paul Pogba won’t be an easy task.

While the primary focus rest on signing a top striker in the summer, Ancelotti is equally keen to bolster his midfielder, despite having an avalanche of midfield options at disposal.

Spanish newspaper Marca reported that Ancelotti is plotting a move for Chelsea midfielder Ramires, who would cost in the region of €30m. The Italian knows Ramires very well after coaching him at Chelsea and finds him an ideal candidate to reinforce Real Madrid’s midfield.

The thing is, if you follow Mourinho’s coaching pattern, the Portuguese always had a special liking on few players, whom he can trust blindly, irrespective of the fact, whether the player is yielding maximum output or not. Ramires is one of those type of players it seems. Therefore, even if Madrid make any further move for him, unless the figure is too tempting, can’t see Chelsea selling Ramires this summer.

What do you think Chelsea fans? Share your reactions below…