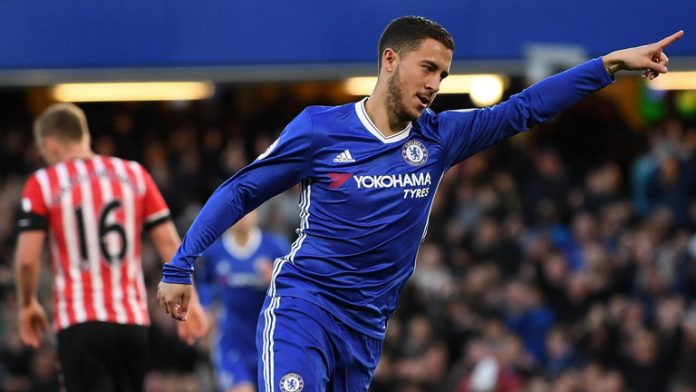 Real Madrid will not sign Eden Hazard this summer as new manager Julen Lopetegui wants to make Isco a key part of his team next season.

Madrid have been linked heavily with the Chelsea forward since the departure of Cristiano Ronaldo to Juventus earlier this month.

However, AS has claimed that the European champions have definitively ruled out a move for the Belgium international due to Lopetegui’s confidence in Isco.

Madrid are admirers of Hazard, but the £178 million asking price and Lopetegui’s belief in Isco has seen them end their pursuit of Hazard.

The La Liga club also keen to avoid blocking the first-team path for Marco Asensio, and have dismissed the prospect of making a ‘Galactico’ signing this summer.

Both Hazard and goalkeeper Thibaut Courtois had been tipped to join Madrid this summer, with both players believed to want to move to the Spanish club. A £35m transfer for Courtois was thought to be close to being completed, although there are conflicting reports coming out of Spain about the current status of that deal.

With Madrid now out of the running for Hazard it will be interesting to see if he focuses on producing his best form for new Chelsea manager Maurizio Sarri.