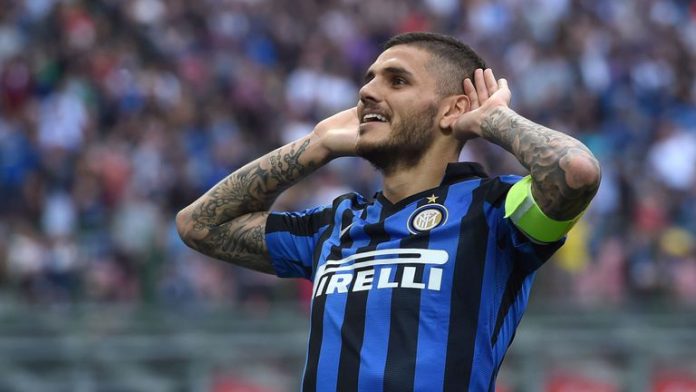 Icardi was the joint top scorer alongside Ciro Immobile in Serie A this season with 29 goals for Inter.

According to Corriere dello Sport, the 25-year-old is a target of Maurizio Sarri, if he replaces Antonio Conte as manager of Chelsea.

A player-plus-cash deal with Juventus has also been rumoured, with former Inter chairman Massimo Moratti claiming that an agreement could be reached that would see Gonzalo Higuain join the Nerazzurri.

However, Moratti admitted that Chelsea could take advantage of the release clause in Icardi’s contract.

However, he has been left his country’s squad for this summer’s World Cup in Russia, with manager Jorge Sampaoli choosing Higuain and Manchester City’s Sergio Aguero ahead of the Inter star.