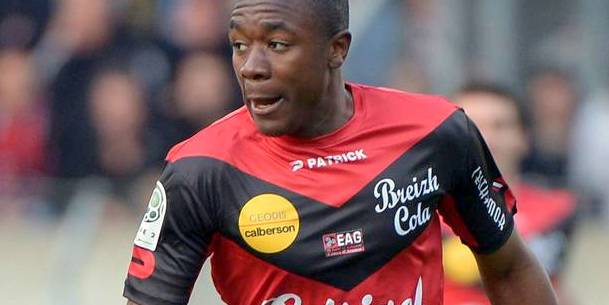 According to the Metro, Jose Mourinho wants to strengthen the spine of the Blues side despite already having a squad with cut-throat competition for places.

Born in Belgium, France Under-21 international Imbula only joined Marseille in the summer from Guingamp, but Chelsea have to turned to him after balking at the valuation of Paul Pogba.

Juventus want around £40 million for former Manchester United midfielder Pogba, prompting the Special One to turn to less expensive options.

Marseille are understood to rate left-footer Imbula at around £25 million, roughly a fivefold increase on the amount they paid for him. He has played Champions League football with his new club, starting the defeat to Arsenal.

Any move for Imbula may be motivated by the long-term injury sustained by Marco van Ginkel. The Blues still have Frank Lampard, John Obi Mikel and Ramires to choose from in deep-lying midfield berths. Nathaniel Chalobah, another option, is on loan at Nottingham Forest.

Mourinho has long been an admirer of Mangala, 22, capped three times by France. Porto reportedly put a buyout clause of £37 million in their star defender’s contract, however, meaning Chelsea will have to spend big to get him.

The Blues hierarchy are confident of getting Mangala at less than this because of Mourinho’s extensive contact network in Portugal. He will try to negotiate a deal in the region of £25 million.

Manchester United also expressed an interest in Magala over the summer, but found his price to be too high.

Chelsea again have plenty of options in central defence. John Terry and David Luiz has been the Special One’s preferred pairing with Branislav Ivanovic at right back. Gary Cahill and Czech youngster Tomas Kalas are in their squad.