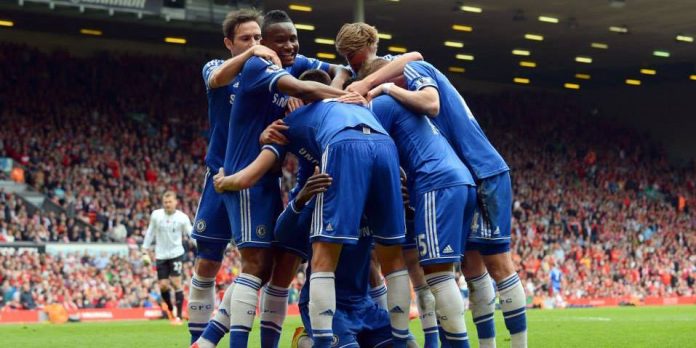 Chelsea recorded a stunning 2-0 win over Liverpool this afternoon, with goals from Demba Ba and substitutes Willian dealing a damaging blow to the Merseysiders’ title aspirations, while simultaneously keeping the Blues in with a fighting chance of an unlikely cup double. 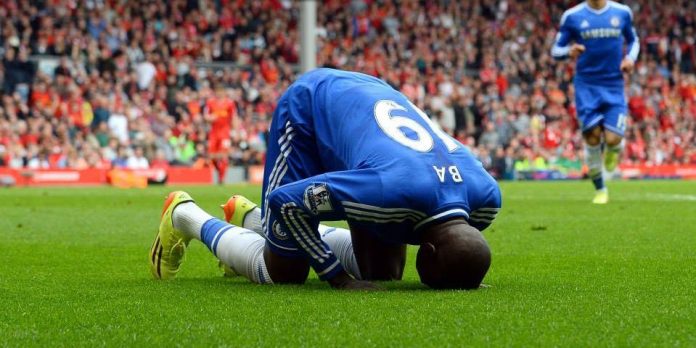 Blues boss Jose Mourinho made good of his promise to rest key men for Wednesday’s Champions League semi-final second leg against Atletico Madrid, and the manner of how the largely second-string Chelsea absorbed the usually sensational Liverpool attack will be worrying for Brendan Rodgers, who watched in vain as his team slipped to a rather humiliating home defeat, with just so much at stake. 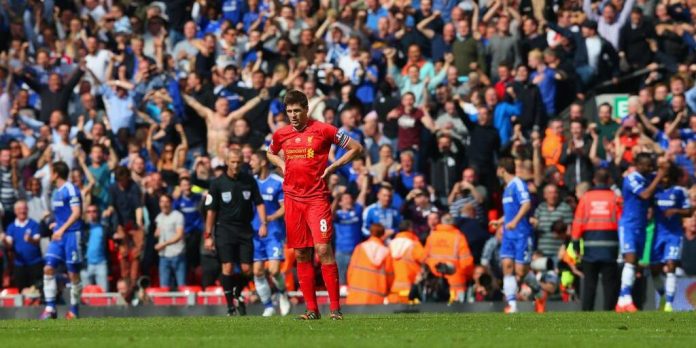 Chelsea were tactically superior, and went out to play the game as if it were chess. Liverpool, who seemed to have all the subtleties of a street fighter, couldn’t break down Chelsea’s almost trademarked defensive line, with stand-in keeper Mark Schwarzer particularly impressive, keeping Steven Gerrard and Luis Suarez at bay multiple times. 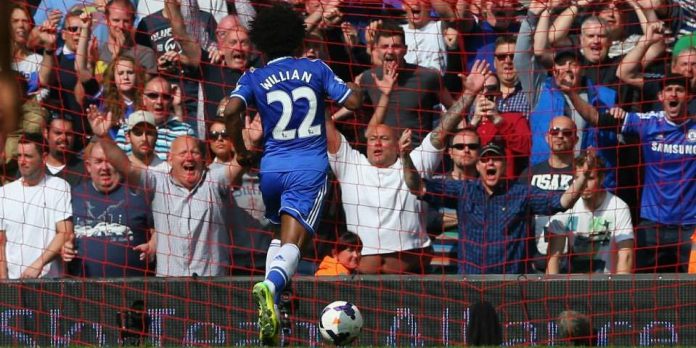 It was the aforementioned Gerrard’s slip that allowed Ba to stride forward unchallenged to open the scoring for Chelsea just before half time, and with Liverpool committing more and more men forward in search of an equaliser, Fernando Torres and Willian broke with ease, the Brazilian practically walking the ball into an unguarded net as Chelsea left with all three points, handing the title initiative right back to Manchester City.

Here are the Chelsea player ratings for the 2-0 win over Liverpool:

Another strong performance from the 41-year-old Australian, who also looked a safe pair of hands in the Spanish capital last week. Made crucial saves to deny Joe Allen, Steven Gerrard and Luis Suarez.

Worked his socks off (as usual), but was very composed at the back, especially when under pressure.

Chelsea’s man of concrete lived up to his name in this rare outing at centre-back. Dominant throughout.

The 20-year-old Czech defender, in what was his full-debut for the Blues, played well, especially considering the might of the Liverpool front-line. Never looked in real difficulty, and would have been annoyed he didn’t cap the occasion with a goal from a first half corner.

The England defender was another who was exceptional against Atletico midweek, but he was rather shaky this afternoon. Still played with heart, and may just be rusty form the many months spent on the sidelines.

Great use of space, intelligent passing, and decent defending from set-pieces; Mikel was again excellent in the heart of the Chelsea midfield.

Did well alongside his midfield partners to hassle and harry their Liverpool counterparts, and was a physical presence in the middle of the park.

Age has certainly taken its toll on ‘Super’ Frank Lampard, but he was still a cool head in the middle, and was possessing of a much wider passing range.

Couldn’t get the better of Jon Flanagan on the right side, and you feel he is very much a player looking to run into space, rather than operate in tight, enclosed scenarios. Would perhaps benefit from a Premier League loan move next season?

Came off for second goalscorer Willian just after the hour mark

Although largely starved of possession on the left-wing, the German attacker still made his presence felt, feeding off the scraps and causing no end of bother.

Came off for Gary Cahill near the end of the game.

Although he bagged another crucial goal, Ba did himself no favours with some of his poor linkup play, but overall, the Senegalese was a real handful for the Liverpool centre-backs.

Came off late for Fernando Torres.