According to reports from Mundo Deporotivo in Spain, Chelsea are looking for a possibility to sign Manchester United target and Roma defender Mehdi Benatia in the summer. 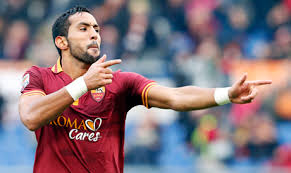 The report suggests that manager Jose Mourinho is likely to use the cash obtained from the sale of David Luiz to PSG. Chelsea had earlier enquired about Real Madrid youngster but given the Frenchman’s injury concerns, Mourinho wants to take no chances as he prepares his squad for next season.

It is also believed that Mourinho prefers the Moroccon over Porto’s Eliaquim Mangala, the former who has had a brilliant season for Roma this campaign, scoring 5 goals in 33 appearances despite playing at the heart of the defense.

Benatia is a ball playing defender, one which would aid Chelsea’s style and his indirect threat from set pieces will provide the Blues an attacking outlet from set pieces. Manchester United are also on the trail for the Roma defender, who however recently admitted that he would love to play for Barcelona.

“It is the dream for every footballer to play for Barcelona one day”, said the 27 year old who still has four years in his contract till 2018 for Roma.

Being at the prime of his career, it is expected that the player will do everything possible to guarantee a move towards one of the European giants in the coming summer, where he will have realistic ambitions playing in the Champions League.