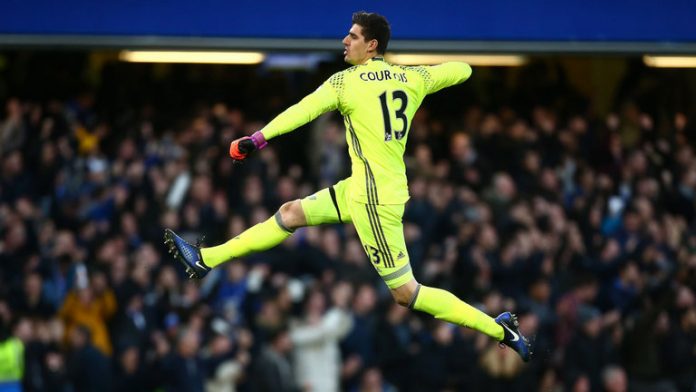 Chelsea are optimistic that goalkeeper Thibaut Courtois will sign a new contract with the club.

The Blues have offered to make Thibaut Courtois the best-paid goalkeeper in the world and it appears likely the Belgian international will agree to stay in England.

According to the Telegraph, Courtois will earn more than the £200,000 a week David De Gea is paid by Manchester United if he signs a new six-year deal.

The 25-year-old had been linked with a move to Real Madrid, but their interest in Kepa Arrizabalaga appears to have scuppered his hopes of a return to Spain.

Courtois has said that he eventually wants to move closer to his two children who still live in Madrid.

His current deal will have a year left to run at the end of the season, but Chelsea’s new offer looks too good to refuse.

Courtois has established himself as one of the top goalkeepers in the world during his time in England and it would be a major blow if Chelsea were to lose him.

Jack Butland has been suggested as a possible replacement, but although the Stoke City stopper is a decent goalie he is not on the same level as Courtois.