Cherry-picked when he was barely 18, Raphael Varane’s path to the big time was quite something. Seen the film ‘Goal 2’? Well, dumb that down a little and apply to a centre-back, and you have Varane’s 2013. 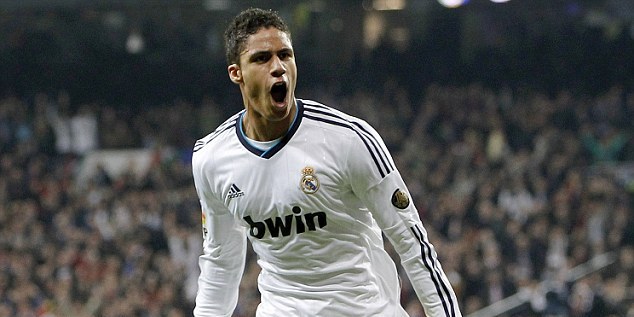 Tall, powerful and composed; Varane is an elegant, ball-playing defender, and has been likened to Real legend Fernando Hierro by former Chelsea defender Frank Leboeuf.

In November of last year, readers of Spanish paper ‘Marca’ voted him into the ‘Best Real Madrid Foreign XI in History’, which clearly shows the phenomenal belief the Real fans have in him.

Although recently, things have taken a turn for the worse, with an injury late last year seeing him drop out of the picture for a time, and he has been unable to hold down a regular place in the Real lineup since.

Under Jose Morinho last year, Varane was afforded an extended run in the Champions League, unseating the long-serving Pepe in the heart of defence. It was how he made his breakthrough, and now according to Sport.es, Mourinho wants his protege to join him at Chelsea.

The Portuguese has a very stong attachment to Varane when he was manager of Madrid, having been the one to have given him his first break. He became a symbol of the change he wished to implement at the club, removing the deep-seated favoritism inherent in players such as Pepe and Iker Casillas, and usher in a new era at Los Blancos.

“It’s very easy to analyse what Pepe said. His problem has a name – it is Raphael Varane,” Mourinho said of Pepe last season, when asked why his fellow Portuguese was unhappy,

“We are talking about frustration. It’s never easy for a 31-year-old to be rolled over by a boy of 19 years of age.

“I had the courage to play him (Varane), because I believe that he is the future of Real Madrid, along with Sergio Ramos. The problem is very simple – Pepe’s life has changed.”

Pepe has since reclaimed his spot in the Real side under new boss Carlo Ancelotti, and Mourinho is reportedly hoping to take advantage of the situation by snapping up Varane.

With a contract until 2017 and a buyout clause of £30m, it will take a substantial effort to prise him away, but Sport.es go on to say that Chelsea boss Roman Abramovich should be willing to give the go-ahead.

What do you think? Would Varane be a good signing for Chelsea? Let me know in the comments below…