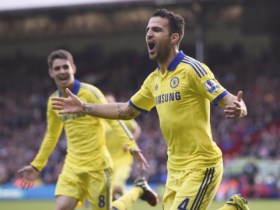 Chelsea continued their unbeaten start to the season with a comfortable 2-1 win away at Crystal Palace on Saturday. In this same fixture last season, the Blues struggled to break down a dogged Palace side and ended up on the wrong side of a 1-0 scoreline. This game was a major reason why Chelsea didn’t go on to lift the Premier League trophy.

Saturday’s game though, was a display of supreme efficiency and control. Chelsea had 72% of the possession in the game and despite conceding a late consolation goal, they never really looked in any danger. Eight games in, there is no team that has come close to beating Jose Mourinho’s side, and even though it still very early on, Chelsea look sure-shot favourites for the title.

A major reason for the Blues’ assurance and effectiveness this season has been their midfield. The pivot in front of the back 4 of Nemanja Matic and Cesc Fabregas has come together perfectly well for Mourinho, and has been the sole cause for Chelsea dominating the pace of most of their games this season. While Matic is one of the calmest midfielders in the league when it comes to tackling, intercepting and short-passing, Fabregas adds a vital quality that the side from last season lacked: superlative vision. The Spaniard’s hard work and defensive discipline, which he has has now added to his game under Mourinho, coupled with his perpetual eye for a defence-splitting pass, makes him one of the most dangerous midfielders in the league. 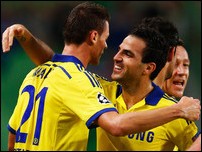 The Importance of Oscar

Several questions were raised at Mourinho’s insistence to play Oscar in the number 10 role ahead of Juan Mata last season. The subsequent sale of the latter to Manchester United caused even more of an outcry. The Special One though, like nearly always before, has proven his doubters wrong. Oscar has been one of Chelsea’s most important players this season. His incredible work-rate has been central to the Blues’ campaign so far. The Brazilian has three goals to his name so far, but it is his tireless energy and running that will please his manager the most. 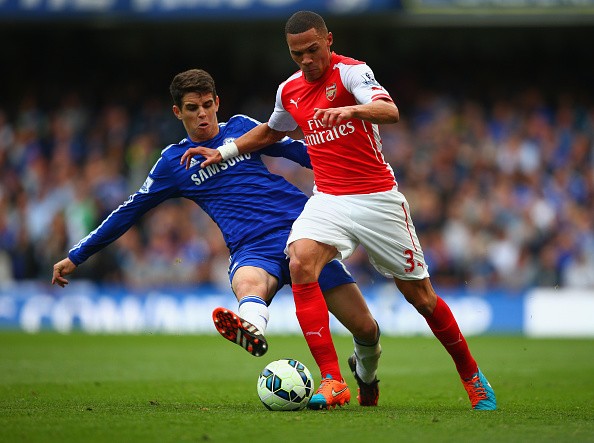 He expertly interchanges positions with Fabregas every now and then in games, and provides cover to the pivot by tracking back every single time. This allows Chelsea to be in complete control of proceedings even when they are not in possession of the football, as every gap is covered, and every man well-marked.

The following graphic is the heat-map of Matic, Fabregas and Oscar combined against Crystal Palace on Saturday: 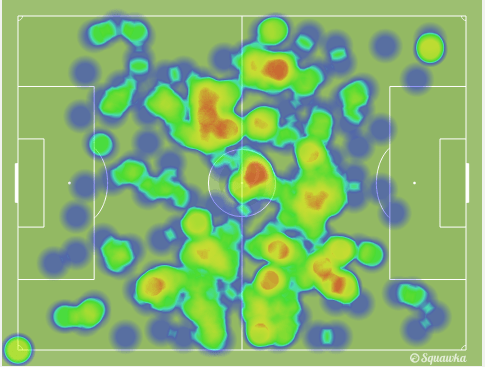 This shows how nearly every area in central midfield has been covered, and there has hardly been any scope left for the home side to get a foot-hold in the game. Mile Jedinak, who is usually an expert when it comes to controlling the middle of the park for Palace, was a mere spectator as the Chelsea midfield ran him ragged. During the course of the game, a mammoth 767 passes were attempted by the Blues, with 90% of them being successful.

With such a strong team in place, Mourinho knows that the title is Chelsea’s to lose this season. The Chelsea midfield is as solid as a rock while defending, and as expressive as a well-written poem going forward. The manager labeled Fabregas’ goal at Selhurst Park as a ‘scandal’, referring to the fact that the build-up to the strike was simply mesmeric.

A combination of power, pace, tireless hard-work and a complete commitment to the cause sees the Chelsea midfield as one that is nearly impossible to play against for any side.