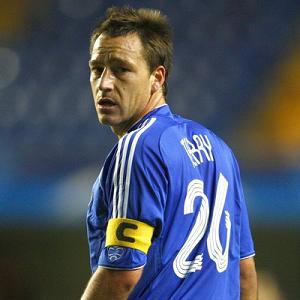 Premiership leaders Chelsea host Manchester City on Saturday at Stamford Brige. City are aiming for a top four spot while Chelsea are looking for their first EPL title since 2005-06.

Chelsea have been near the top of the table most of the season and can extend their lead over second place Manchester Untied to four points with a win. Manchester City are in 5th place and could move to 4th with a win or draw. The title race is out of reach for City but a fourth place finish and spot in the UEFA Champions League is now their goal for the season.

City have been two different clubs, one who shows great form at home and one who struggles on the road. Manchester City is 9-4-0 at home with a +16 goal difference but 3-6-4 with a -1 goal difference in away matches. In their last seven EPL matches, City have a 3-2-2 record including two consecutive draws against Stoke and Liverpool.

Chelsea has a 5-1-1 record in their last seven EPL matches and has a dominating 12-1-0 home record. The Blues have been as good as any club in England at home and have a +31 goal difference. Their only non-win at home was a 3-3 draw against Everton in December.

The home side does have some injury concerns as starting goalkeeper Petr Cech is out for a month after sustaining injury during Inter Milan match. Henrique Hilario will likely start in goal and has a 1-0-1 record in two matches he’s started in EPL this season.

City will be without Emmanueal Adebayor who is suspended because of a red card but will have Carlos Tevez available. The Argentine was out for a few weeks on compassionate leave but has returned to England. Tevez has been City’s best striker and leads the team with 13 goals in 23 Premier League matches. Chelsea’s led by the combination of Didier Drogba (19 goals) and Frank Lampard (10 goals)

Much of the pre-match attention has been on Wayne Bridge and John Terry. While there’s been a lot of publicity, this off the field story, shouldn’t have much of an impact on the actual match. City have shown their ability to beat any team in the league but also lose to anyone in the league. They still lack consistency and have been prone to defensive lapses.

Chelsea have been the best team in England this season and can move one step closer to the EPL title with a win. City will have Tevez back but have a tall task to get a win or even a draw at Stamford Bridge. It should be an entertaining match with many goals scored.

Chelsea have been very strong at home and will get a 3-2 win on Saturday.

You can watch Chelsea take on Manchester City live online as well as dozens of other Premier League and European football games. Read our live Premier League football page for more details.