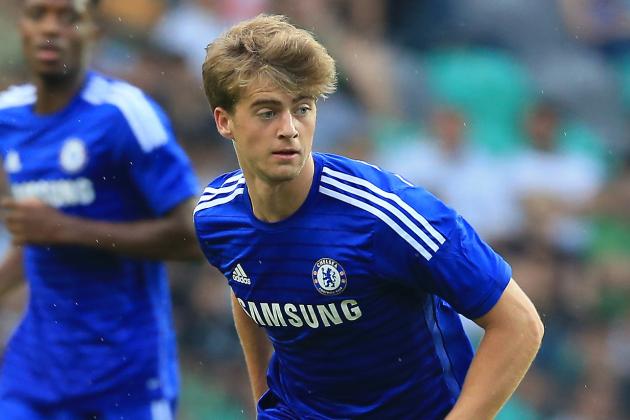 That was the loan system in its simplest form. And oh! for the good old days because in recent times the loan system is a shambles that lurches from grey complexity to pure abuse which is regarded by some, as a `Cheats Charter`.

So much so that the august body that is FIFA are looking into the system in this country because it believes English clubs are abusing the system. Even the slightest perusal would indicate that FIFA has a point.

This season alone Chelsea have loaned out 33 players [that is equivalent to three starting XI], an increase on last season`s 30 – 26 in that summer alone. Such was the widespread abuse of the system that in 2013-14 more than 500 emergency loans took place and therein lies the biggest clue to the shameful exploitation of the loan system, in a word, emergency.

Premier League clubs are not permitted to bring in loan players outside the two transfer windows BUT they can bring loan players in during the non-window period IF they are emergency loans. However the criteria for `emergency` is too grey.

Football League clubs can pretty much bring in players at any time during the season. Although Watford, who won promotion to the top flight last season did so via an unhealthy reliance on loan players shipped over from Italy by the club`s Italian ownership.

That led to a rapid revision of the system and the domestic game is bracing itself for a similar revamp in the very near future. Indeed the loan system in its present format is almost certainly in its last year.

In principle the loan system should, and often does, offer more of a win, win scenario than the much highlighted abuse. However any system can usually be circumvented and the fairness envelope pushed to the limit, and beyond.

A player may be out of the first team picture at a club, for any one or more of a number of reasons, but going out on loan can benefit both loaning club and borrowing club not to mention the player himself. If that player has been injured and is on the road to recovery at some point he has to be tested in match action and if that isn`t possible or desired by the parent club they would benefit from their player completing his match rehabilitation elsewhere.

If it is a young player going on loan then there are even more potential benefits as playing for a first team away from the parent club will offer match experience against seasoned pros rather than academy players, which will also benefit the parent club, in time.

Patrick Bamford is a perfect example. Contracted to Chelsea the young striker had loan spells at Derby and Middlesbrough, where he was voted Championship Player of the Year last season. He was rewarded with a new contract at Stamford Bridge and was promptly loaned out to Crystal Palace, newly promoted to the Premier League, to continue his football education.

Clubs such as Chelsea and Manchester City have come in for much criticism for the size of their squads and have been accused of stockpiling players with the clear suggestion that players are often signed, on lucrative contracts, to prevent them from going to rival teams and aiding the push for honours.

And of course a parent club can insist, as a condition of a loan, that their player cannot feature against them but nothing to stop them playing against other rivals and benefitting the parent club in the process. That control was taken to the extreme when Sir Alex Ferguson loaned a number of Manchester United players out to Preston North End when his son, Darren was manager.

As soon as Darren was sacked at Deepdale all the loanee United players were recalled to Old Trafford. Although a player seeking to go on loan does have input as to his destination it is very much down to the parent club manager who will have his player. Patrick Bamford went to Boro instead of elsewhere because of the close relationship between Aitor Karanka and Jose Mourinho.

Most clubs fear that very soon the loan system will receive a massive shake up although a complete ban is unlikely. If the system were to be completely scrapped then, shock, horror, clubs might have to go back to developing their own talent.

Unfortunately that takes time and as each season passes there is less time allowed for just about anything in football. But no question that in its present format the loan system benefits some and not all and until that imbalance is addressed and redressed down to a level playing field for all it will continue to be abused.