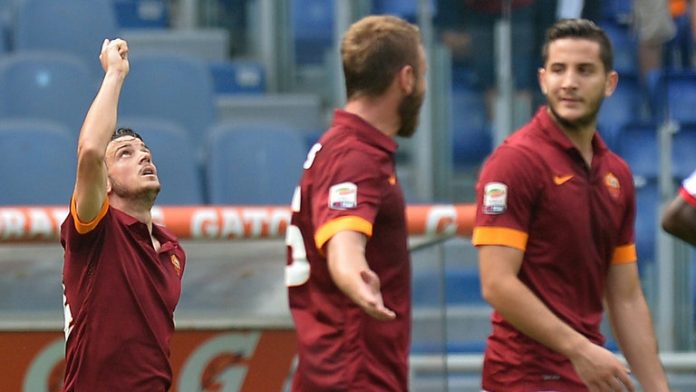 According to Gazzetta dello Sport, the Blues have been monitoring the 27-year-old but have yet to lodge a formal offer with the Serie A club.

Florenzi started his professional career with Roma in 2011 and has gone on to make 224 appearances for the club, scoring 25 goals.

At international level he was a member of the Italy side that finished second at the European U21 Championship in 2013 and he also represented the senior side at the 2016 European Championships in France.

Florenzi suffered an anterior cruciate ligament injury in his left knee in October 2016. He returned to training in February 2017, but suffered a further tear of the same ligament in his first week back and was ruled out for the rest of the season.

Florenzi went on to make 42 appearances for Roma in all competitions last season, scoring once.

He is best known as a right-back, but has also played further forward and his versatility could be useful to Chelsea in the Europa League next season.