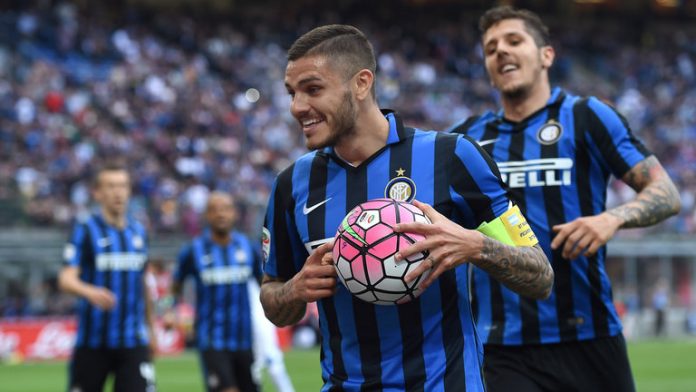 Chelsea have made a £55 million bid for Inter Milan striker Mauro Icardi.

The Argentine striker has been in sensational form this season and is being targeted by numerous top clubs.

The 25-year-old has scored 22 goals in just 24 Serie A matches this season and TNT Sports has claimed the Blues have cracked up their efforts to sign him by tabling their bid.

Real Madrid are understood to be extremely interested in signing Icardi, but they are yet to make a firm offer.

It’s understood that Icardi’s agent Wanda Nara, who is also his wife, has received the massive proposal.

Inter are highly likely to reject Chelsea’s offer, with the player believed to have an £80m release clause in his contract.

Nara recently revealed she was confident Icardi will renew his current contract at the San Siro, but Chelsea’s bid potentially changes things.