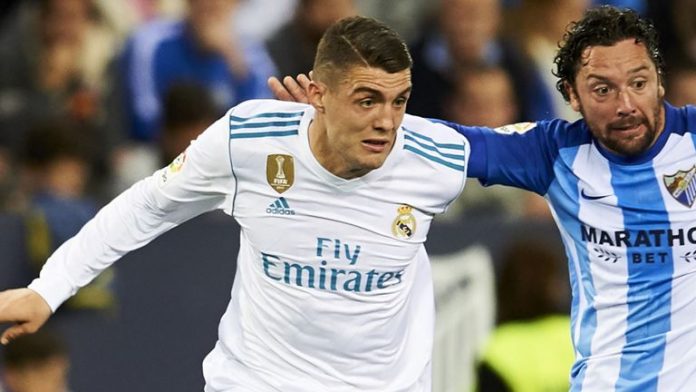 ​​Chelsea have been linked with a move for Real Madrid midfielder Mateo Kovacic.

The 24-year-old is eager to move on this summer after becoming frustrated over his lack of first-team opportunities with Madrid.

Sky Sports’ Gianluca Di Marzio has claimed that Chelsea have now registered their interest in the Croatian.

Kovacic has made just 55 starts for Madrid since joining the club from Inter Milan in 2015.

He started just 10 games in La Liga last season and was an unused substitute in Madrid’s Champions League victory over Liverpool.

“I would like to play more at Real Madrid because I love football and I love being on the pitch,” Kovacic recently told reporters.

“I know that it’s difficult to be a starter at Real Madrid, especially when I arrived at a really young age.

“I understand the situation, but because of that I believe the best thing for me would be to go to another club where I’d have the opportunity to play regularly as a starter.”

Kovacic is currently with the Croatia squad at the World Cup in Russia.

He has played in all four games at the tournament so far, although three of those appearances came from off the substitute’s bench.