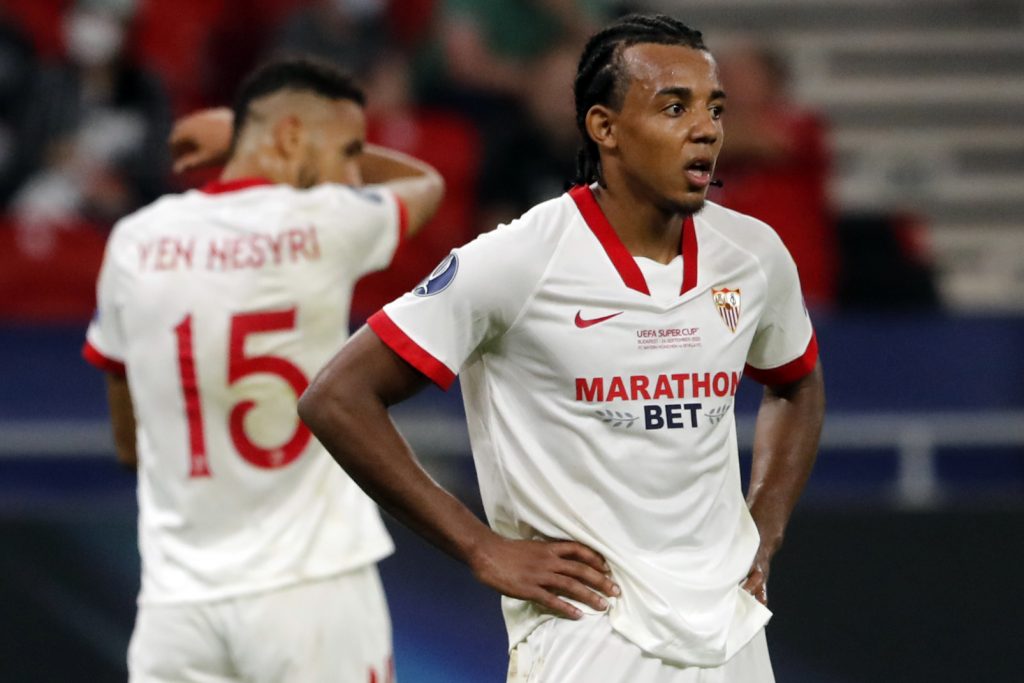 Chelsea have been linked with a move for French international Jules Kounde.

The 22-year-old is expected to leave Sevilla this summer, and the Blues are hoping to bring him to London in the coming weeks.

According to Gianluca Di Marzio, the Premier League giants are currently locked in talks with Sevilla, and Kounde is open to the move.

Chelsea are interested in signing Sevilla and France defender Jules Koundé, who has responded positively to the Premier League side’s interest – negotiations are underway between the two clubs. (Gianluca Di Marzio)

Fabrizio Romano has also provided an update on the story claiming that the player has already agreed a five-year contract with the Champions League winners.

EXCL. Jules Koundé deal update: Chelsea are in advanced talks with Sevilla and Kurt Zouma could be included in the negotiation. Possible swap deal to go through in the next hours/days with Zouma + money for Koundé to Chelsea. 🔵 #CFC

Kounde was recently linked with a move to Tottenham Hotspur, but he was not keen on joining them.

However, Chelsea can offer him Champions League football, and they have a more ambitious project at their disposal.

It is no surprise that the Frenchman is open to a move to Stamford Bridge.

The Blues need to bring in defensive reinforcements this summer, especially with Thiago Silva and Cesar Azpilicueta in their twilight years.

Kounde was one of the best defenders in La Liga last season, and he has tremendous potential. Thomas Tuchel could help him improve even further.

His versatility would be a bonus for Chelsea as they strive to mount a serious challenge for the Premier League title next season.

Read: 25-year-old does not plan on leaving Chelsea this summer.