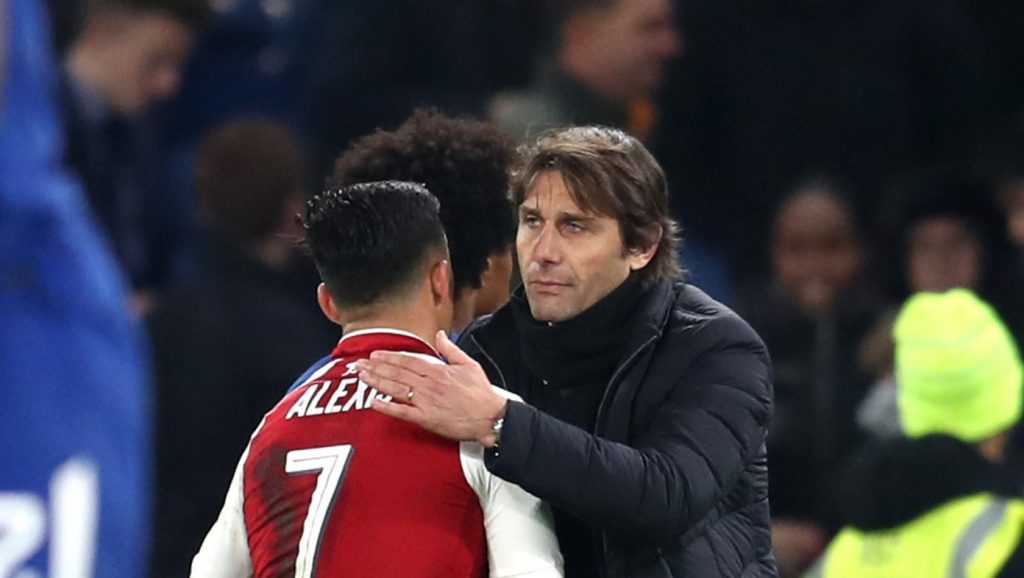 Sky Sports are reporting that Chelsea are set to come in with a late bid to sign Alexis Sanchez from Arsenal.

It has looked increasingly likely the Chilean is Old Trafford bound.

Manchester City look to have pulled out of the running after news of United offering wages of £350,000 per week.

Antonio Conte is a long term admirer of the Arsenal forward. He admitted on Friday that he had tried to sign Sanchez during his time as Juventus boss.

Speaking to the assembled Press, the Italian also added:

“I think it’s a good investment because we are talking about a top player and I’m hearing that the amount is around £20m. If you buy Alexis Sanchez with a normal price maybe 80 or 90 million euros.”

Chelsea have snatched players from the clutches of rivals in the past.

Willian was famously on the verge of a move to Tottenham before Chelsea came knocking at the eleventh hour.

Could this really happen?

Wages could prove a stumbling block for the Blues.

With the likes of Eden Hazard still to sign a new deal – Sanchez’s wages could cause an issue during the Belgian’s negotiations.

Nothing has been made of Sanchez having a desire to stay in London, but a chance to avoid the hassle of moving could prove beneficial to Chelsea.

Antonio Conte would certainly love the idea of getting one over on Jose Mourinho.