‘Chelsea have the money to do the deal’: Blues tipped to target Haaland 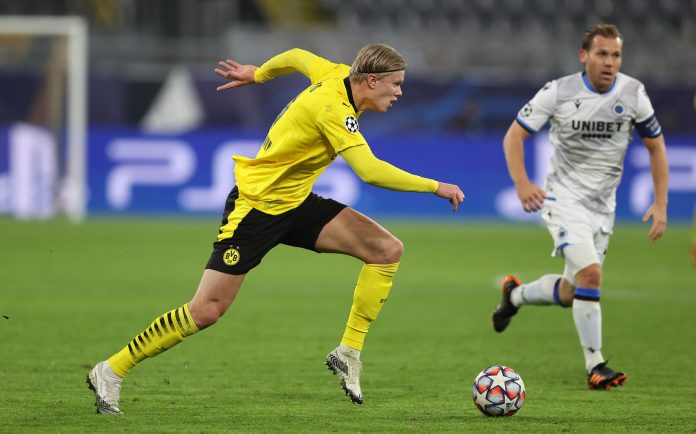 Chelsea have been tipped to make a big money move for Erling Braut Haaland this summer.

Sky Sports’ Kaveh Solhekol has claimed that the Blues will make the Borussia Dortmund star their main target to replace Olivier Giroud.

Haaland has been linked with most of Europe’s top clubs, but Solhekol believes that Chelsea will push the boat out to secure his services.

“We know how good he has been since he moved there and he has a release clause of 75 million euros, but that release clause is in the summer of 2022,” he said.

“Because of the pandemic, most clubs will not have money to spend in the summer, but of course we saw last summer that as far as Chelsea are concerned, they view that as an opportunity.

“Roman Abramovich is one of the richest men in the world, so Chelsea have the money to do the deal in the summer if they can convince Dortmund to sell and convince Haaland to come to Stamford Bridge.”

Chelsea entered a new era under Thomas Tuchel last night and showed plenty of signs of promise against Wolverhampton Wanderers.

However, despite enjoying plenty of possession, the Blues were unable to convert any of the chances they created during the goalless draw.

Signing a striker of Haaland’s quality would undoubtedly make a major difference to Chelsea and help to bring out the best in their other attacking players.

Abramovich is expected to back the club’s new manager financially this summer and it would be no surprise to see him go all-out to acquire Haaland.