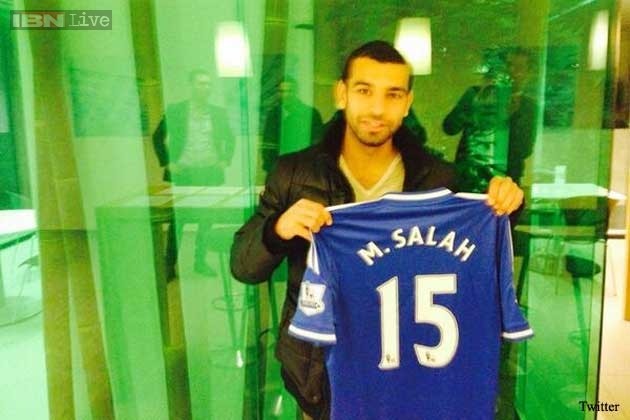 Just a couple years ago, Mohamed Salah was playing for an Egyptian league team owned by an engineering contracting company. The team, perhaps not coincidentally, was called the Arab Contractors.

In fact it’s possible that Salah may never have gotten out of Egypt. The league has only recently resumed. Although Salah had attracted scattered interest from around Europe – Newcastle United made a bid to take Salah on loan but balked at a 500,000 pound fee – it was the Port Said tragedy that set into motion a chain of events that would lead Salah to be known as the “Egyptian Messi”.

FC Basel, a team that had monitored Salah through his first season of first-team football when the Contractors went through three coaches, set up a friendly with Egypt’s U-23 team in advance of the Olympic games in London.

Salah only played the second half, but he scored two goals. Egypt’s U-23’s won the game 4-3, and invited Salah to stay in Switzerland and train with the team. Salah didn’t have anywhere to go, so he stayed. It was a good decision. He signed for Basel shortly thereafter, and shortly after that, he was scoring against Chelsea.

Salah’s quick rise has been indicative of a new era of Egyptian football. One of the things that has endeared Salah to everyone that has come across him is his humble and honest disposition.

Egyptian players have always been considered talented, but also cocky and temperamental. Other Egyptians who have played in Europe like Mido and Zaki have soiled the reputation of Egyptian players with altogether disgraceful incidents that saw them bounce around various clubs.

Many in Europe feel that Egyptian players are simply not worth the trouble. 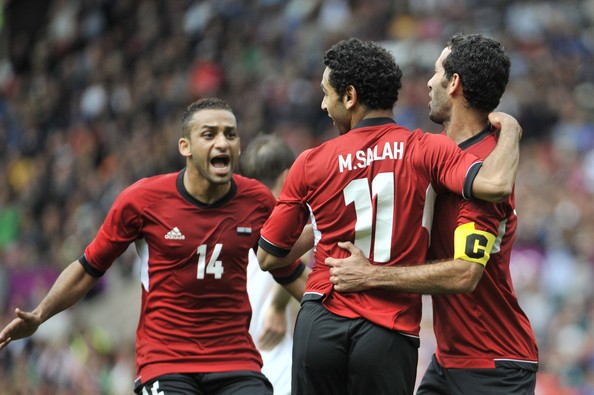 But despite playing in what is perhaps the most difficult time in Egyptian history, Salah’s behavior has been nothing but classy.

Salah has credited Bob Bradley and his coaching staff with helping him become a professional, and it was the winger’s goals that took Egypt to the doorstep of their first World Cup Finals in 24 years. In the end, they fell short. But the future of Egyptian football looks brighter and brighter with each passing Salah strike.

This is a player with impeccable character. He’s been raised under literal fire in his homeland.

Controversy has chased Salah – not the other way around. Despite widespread whispers of an anti-Israeli sentiment, Salah behaved professionally in a game for Basel in Tele Aviv. And he’s been upfront about his personal beliefs. In advance of that game, he said, “I consider myself going to play in Palestine, not Israel”

Salah adds to Chelsea an ingredient they’ve been lacking – a winger who can menace players out wide as well as through the middle. Salah can play anywhere across the frontline – Chelsea may even play him up top depending on their depressing striker situation.

With Samuel Eto’o, Demba Ba, and Romalu Lukaku all sure to depart before next season, Salah’s signing and versatility are even more important. This signing will look bigger and better down the road.

It’s not like those at Stamford Bridge need a scouting report anyway. Every time Salah sees Chelsea, he scores. Three times throughout last year’s Europa League and this year’s Champions League.

At 21, Salah is improving at a scary rate. This signing – not the inking of Nemanja Matic – will be most decisive in Chelsea’s season going forward, and Liverpool may rue the day they missed out on one of the most exciting young talents in football.

It’s one of the differences between Chelsea, Man. City, and the rest of the Premier League. When these two clubs set their sights on a player, they move rapidly and decisively. Liverpool were just asking for someone else to swoop in.

So Salah becomes the first Egyptian player to ever play for Chelsea, and the hope in his home country is that he can open doors for his Egyptian teammates in Europe. Most African countries can point to the player – Roger Milla for Cameroon, Didier Drogba for Ivory Coast – that turned the eyes of the world on their nation. Egypt is still looking for that player.

Salah has much in common with Drogba – both players considered quitting football at a young age, and both struggled before making a meteoric rise and sealing moves to Mourinho’s Chelsea at a young age. Perhaps Salah can be that player for Egypt. Bradley, now at Staebek in Norway, has called his former player, “a perfect professional” an”the future of Egyptian football”.

His blinding pace and superb technical ability have seen him rise from nothing to Chelsea in just three years.

At only 21, Mohamed Salah is already changing the world.