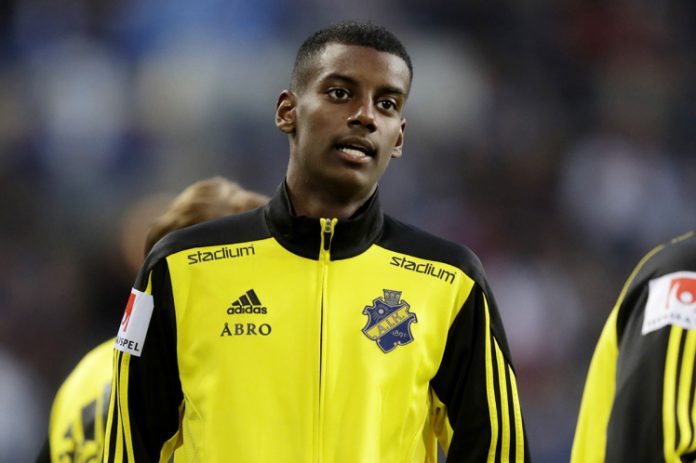 Chelsea have been linked with the highly talented AIK striker, Alexander Isak, and as per the latest rumours, the Premier League giants are favourites to sign him right now.

ESPN are reporting an exclusive that the Blues are ahead of Paris Saint-Germain in their pursuit of the young striker, and have already submitted an offer of around €11 million.

Earlier this month, Isak was linked with the likes of Arsenal, Liverpool, Juventus and Bayern Munich. ESPN are claiming that Chelsea have tabled a concrete offer for the player. Their report also adds that despite a lot of talks between AIK and PSG, the French champions are yet to submit an offer for the player.

ESPN‘s source claimed, “PSG have been in contact with AIK numerous times, but there is no offer on the table right now. Inside the club, Chelsea are the favourites and have already proposed €11 million.”

It is understood that AIK will hold out for a fee of around €15 million for the Sweden under-21 international. For a club of Chelsea’s resources, that fee should not be a problem at all. However, with Batshuayi and Costa at the club, it will be tough for the 17-year-old to get some first team action. It is a similar scenario at PSG, as well.

Isak has been dubbed as the next Zlatan Ibrahimović, and will need to pick his next club wisely. At this stage of his career, Isak will need to play regularly in order to fulfil his potential. Perhaps staying at AIK is the best move for him right now.

Isak has scored 10 goals in 24 Allsvenskan appearances last season, and is being scouted heavily by several European heavyweights this season.