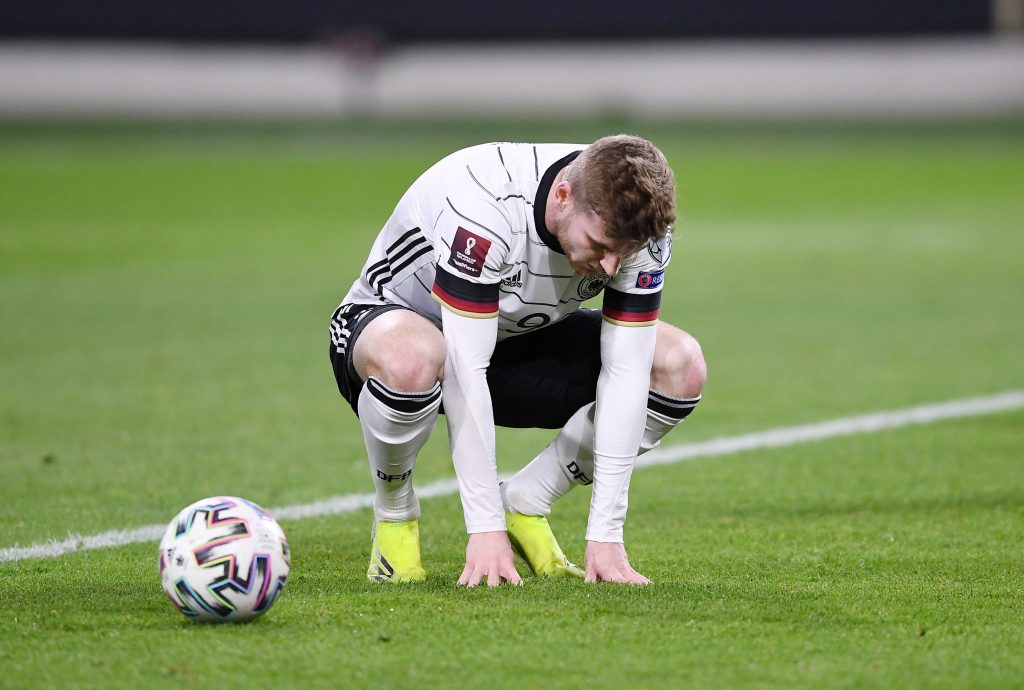 Germany suffered a 2-1 loss at home in their third World Cup qualifying game, but things could have been different had Werner scored.

Goran Pandev gave the visitors the advantage just moments before the interval. Ilkay Gundogan levelled the scores shortly after the hour mark via the penalty spot.

In the 79th minute, Werner had a simple tap-in chance, but he scuffed his left-footed shot wide off the mark to the astonishment of some Macedonia players.

Ultimately, the 2014 World Cup champions paid the price for the miss as the visitors went on to secure an unlikely victory after Eljif Elmas scored in the 85th minute.

Germany are now third in their World Cup qualifying group, three points behind leaders Armenia, who have made the perfect start.

It is still too early in the qualifying phase, but Joachim Loew’s side have gone to their old habits of missing chances and conceding goals.

Werner’s miss does not come as a surprise given his mixed run of fortunes with the Blues, and here are some of the reactions from the club’s faithful.

Werner has been one of our best players in recent weeks. A random miss in an international game doesn't change that.

I like Timo Werner a lot but the harsh reality is that this won't be tolerated next season. Even this season when the crunch UCL, FA Cup or top 4 matches take place and he misses these crucial chances, it could be detrimental to our progress.

I'm praying it all turns for him!!

Werner, he contributes in so many other ways. Our team lacks intensity and effort without him on the pitch. They look lost without him. Least he is doing is banging up the assists. Ok 👍🏼 we’ve not been using him as a traditional striker either. Goals will come. I’m not concerned.

The 25-year-old has registered an impressive tally of 10 goals and 10 assists in all competitions for the Blues this term and has won a few penalties for the team.

Despite this, there has been criticism from some fans, with the forward having squandered multiple clear-cut scoring opportunities over the course of the campaign.

His debut season with the Blues has not gone as planned, and Werner needs to improve on his finishing to establish himself as a regular starter in the long-run.

Read: On-loan Chelsea midfielder could be promoted to the first-team next season.