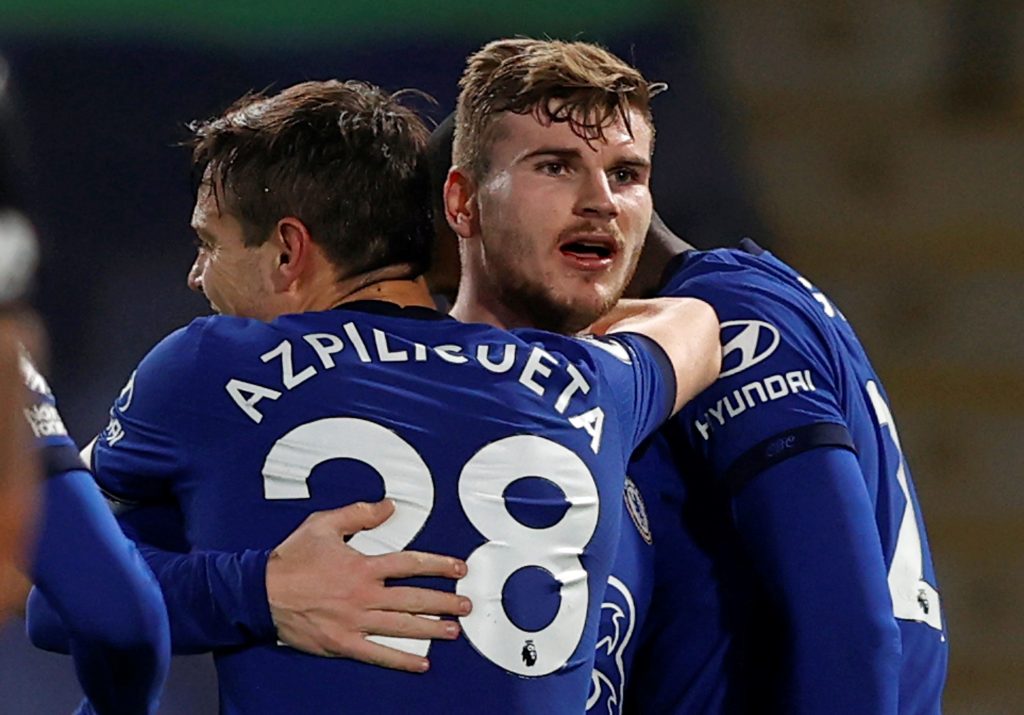 A selection of Chelsea fans on Twitter praised the performance of Timo Werner during the club’s 2-0 win over Newcastle United in the Premier League last night.

The Germany international has improved since Thomas Tuchel took charge as the manager last month but he was still misfiring in front of goal.

On Monday, the 24-year-old turned up with a superb display where he created the first goal for Olivier Giroud before tapping home the club’s second before the break.

The goal ended a run of 14 games and 100 days without finding the back of the net in the league and many Blues fans were delighted for the forward.

Werner has 19 G/A this season, apparently he’s a “flop” though and our “worst signing” pic.twitter.com/RTU69NITsm

Timo Werner’s relief after he scored that goal, I’m so so happy for him man, we never gave up on him.

Timo Werner is officially back. pic.twitter.com/TeZ1xsAvP3

Timo Werner is back 🔥 pic.twitter.com/hvqb7jbw9H

Werner was inconsistent under former manager Frank Lampard and went through a phase where he was restricted to a role off the substitutes’ bench.

The same was the case in Tuchel’s first game in charge last month. He has since stepped up with one goal and one assist from four appearances while also winning a penalty and creating the chance for Giroud to score last night.

He appears to be getting back to the form which made him one of Europe’s most-wanted strikers at RB Leipzig and that should only boost the Blues’ top-four prospects.

With the win at Stamford Bridge, the Blues moved into the fourth position in the league ahead of David Moyes’ West Ham United on goal difference.

It is the first time since December 5 that they have returned to the Champions League places. The Blues face struggling Southampton in their next fixture on Saturday.

Prior to the game, Tuchel has provided an update on goalkeeper Edouard Mendy, who was left out on the bench against the Magpies.