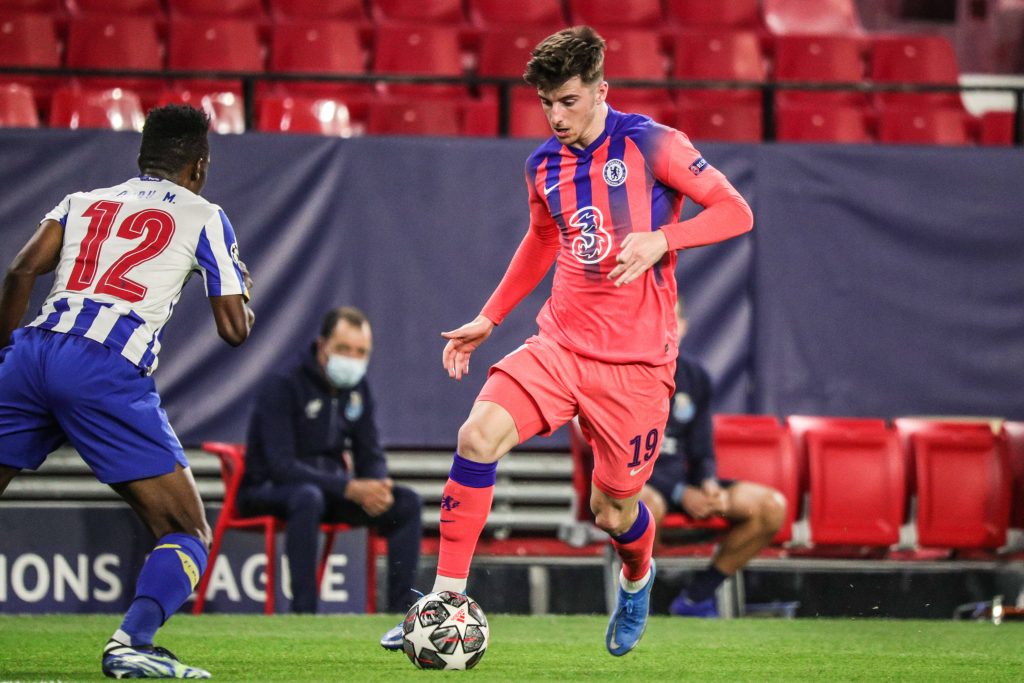 A selection of Chelsea fans on Twitter heaped praise on Mason Mount following his impressive display against Porto in the Champions League last night.

The Blues made the trip to Seville for the away leg of their quarter-final tie and secured a 2-0 triumph thanks to goals from Mason and Ben Chilwell.

The game was not straightforward despite the scoreline, and the west London giants had to work hard for the victory with only three shots on target in 90 minutes.

Mount opened the scoring for the Blues in the 32nd minute of the contest. He took control of Jorginho pass with a terrific turn to outwit Chancel Mbemba.

The England international thereafter unleashed a first-time shot for the bottom left corner, which beat the diving goalkeeper.

The Blues doubled their advantage five minutes from time, with Chilwell pouncing on a defensive mistake from Jesus Corona.

The left wing-back showed good composure as he rounded the shot-stopper before tapping into an empty net with his weaker right foot.

The victory has given the Blues a significant advantage ahead of the home leg, and some fans were delighted with Mount’s display.

What a moment for Mason Mount 💙 pic.twitter.com/BNAaFxHShM

Have to say Mount's been proving me wrong lately and I absolutely love it. Hes done fantastic under Tuchel and I can definitely see his game going up a level with Tuchel being his manager. I'm happy for him

Mason mount is developing into a big game player. What a goal. Goal against Liverpool now opening goal against Porto. #PORCHE

Mount's play for that goal was absolutely sublime. He is top class

The 22-year-old previously received criticism from some supporters for his inability to convert his chances on goal.

However, he has made a vast improvement since manager Thomas Tuchel replaced Frank Lampard as the head coach in January.

He has scored five goals under the German, and four of those have come in the league, where he has helped the club gain five points.

Mount is fast becoming an undisputed starter for club and country, and the future looks bright for the midfielder, who came through the Blues’ youth ranks.

Read: Chelsea ready to step up their interest in this Serie A striker.