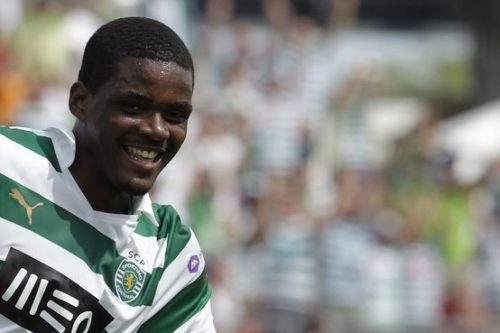 Sporting Lisbon midfielder William Carvalho has been attracting the attentions of scouts of top European clubs, and as per latest report from Portuguese newspaper A Bola, Chelsea have also joined the race to sign the youngster.

In early October, Portugal newspaper Record revealed that Manchester United have been continuously monitoring the player. It was reported that United had been observing him when he was on loan to Cercle Brugge last year and after his return to Portugal, he has been closely watched as well.

Very recently (last week), A Bola reported that United, Juventus and other European clubs attended Lisbon’s game with Maritimo. Carvalho has established himself as one of the important players in the team with his virtuoso performances this campaign and he has a contract till 2018, with a release clause of €45m.

Sporting has suffered a financial loss in the current fiscal year and therefore could be willing to sell the player, provided the clause is activated. As per the latest report, Chelsea boss Jose Mourinho is taking keen interest in him and his attributes have especially caught the Portuguese’ attention.

Apart from the ownership problems (Sporting owes 60% of the player) the main hindrance will be his mouth-watering price-tag. However, keeping the parlous financial condition in mind, Chelsea can at least to test the Portuguese club’s resolve with a much lower offer. Same goes with Manchester United as well.