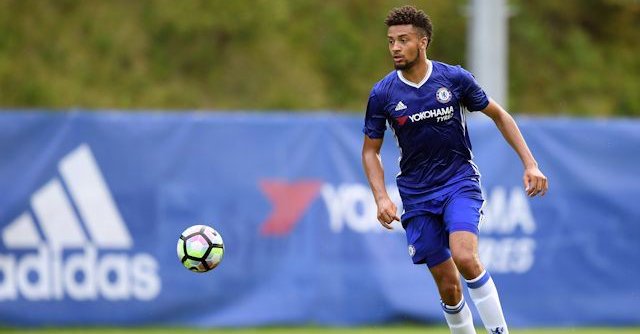 Chelsea defender Michael Hector has joined German side Eintracht Frankfurt on a season-long loan, the Premier League giants have confirmed.

Hector will wear the #15 shirt at Frankfurt.

The former Reading defender becomes the 21st Chelsea player to go out on loan this summer. The Jamaican international joined the Blues last season from Reading after securing a shock £4m move from the Championship club on deadline day last summer.

He was immediately sent on loan to Reading where he made 25 appearances for the Royals playing mostly in central defence and defensive midfield.

Hector travelled to Austria and the US with Chelsea first-team squad during pre-season bit it seems the Blues want him to gain more top-level experience.

He was spotted at the Frankfurt airport yesterday where he was picked by Eintracht’s team manager Christoph Preuß.

Frankfurt were initially interested in signing Matt Miazga, but the American is likely to seal a loan move to the Premier League.