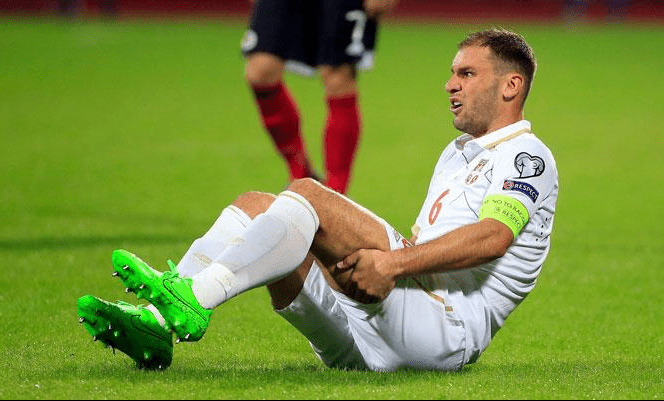 The 32-year-old Serbian international has agreed on a two-and-a-half-year contract with the Russian giants. Daily Mail claimed yesterday that Ivanovic flew out to Russia on Monday evening in order to finalise the move.

Daily Mirror are now reporting that the move is close to being confirmed and that Chelsea have decided to let Ivanovic leave on a free transfer.

Ivanovic joined Chelsea for £10.2million from Lokomotiv Moscow in January 2008 and has been a key member of the first team for almost a decade now. The Serbian has won the Champions League, Europa League, FA Cup, League Cup and a few Premier League titles during his time at Stamford Bridge.

It is understood that the player was unhappy with the lack of first-team opportunities under Antonio Conte. Ivanovic was linked with other English clubs, but the Serbian has decided to end his time in England.

Despite his age and dip in form, Ivanovic is still a fantastic player and could be a key player for Zenit. The 32-year-old needed to join a league with lesser intensity and the move to Russia will suit him at this stage of his career.

Ivanovic has been one of Chelsea’s most successful players and Antonio Conte referred to him as a club legend during his pre-match presser yesterday.

I think he played a lot of games for this club, he won a lot for this club. He’s 32 and, I think, he can play for many (more) years. He’s able to continue his career in the right way at the top level, yes. It’s important also to respect the decision of the player, above all for this type of player – a legend of the club. If you are not playing a lot, you can decide to go in another team. But I have great respect for him and for this type of player.