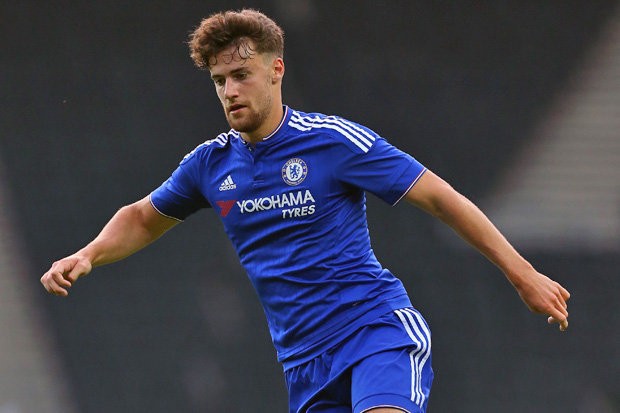 Chelsea have agreed a deal with the League Two side Crawley Town for the loan transfer of young defender Alex Davey. on loan until 3 January 2017.

The highly talented academy star will join the club on loan until 3 January 2017 according to BBC.

The 21-year-old has struggled to break into the first team so far and has spent most of his time on loan at different clubs. Davey has had loan spells at Scunthorpe, Peterborough and Norwegian Tippeligaen side Stabaeck so far.

The 6ft 3in centre-back has previously played under the current Crawley head coach Dermot Drummy in Chelsea’s youth system, and will now reunite with him at the League Two outfit.

Having completed the deal, the Crawley manager described Davey as a very good footballer and someone who is comfortable in possession. He also added that there are no guarantees of first team football and the player will have to earn his place.

He said: “I know Alex from my Chelsea days. He is a good footballer, comfortable in possession but first and foremost an excellent committed defender.”

“We were going to bring Alex in before Mark Connolly got sent off on Tuesday because I felt it was an area of the team where we need competition for places and I’m delighted Chelsea have let us have Alex for the first half of the season.”

“He knows there are no guarantees – but I know he has the ability to challenge for a place.”

The player also revealed his delight after completing the transfer. He said: “I’m really pleased to be here with the opportunity to get games under my belt”.