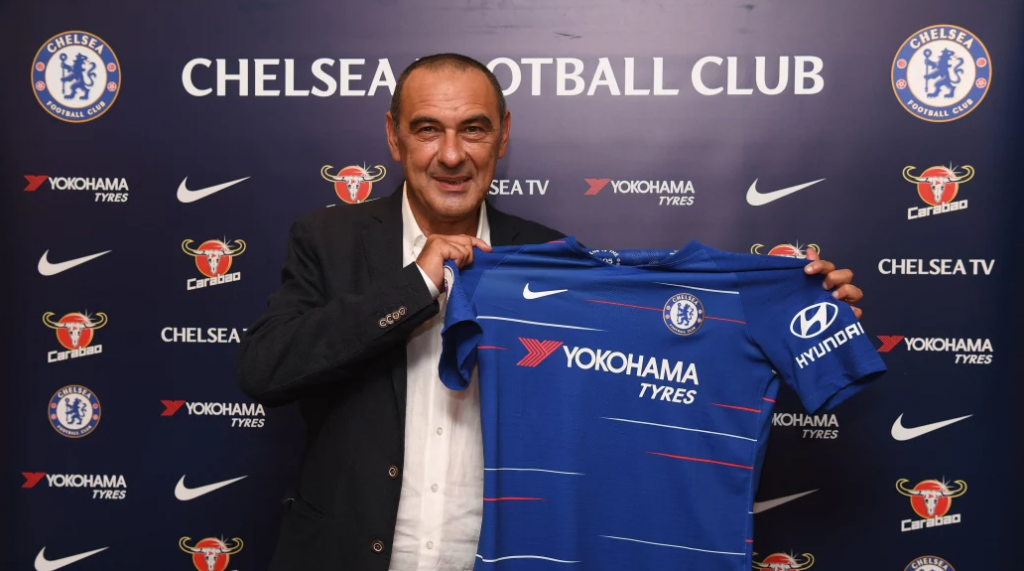 Chelsea have announced the appointment of Maurizio Sarri as their new manager.

The former Napoli boss replaces his compatriot Antonio Conte at Stamford Bridge.  A report on the club’s official website claims that Sarri has signed a three year deal with the Blues.

Chelsea had a poor season by their standards last year and they will be hoping to recover and regain their place in the top four under the guidance of Sarri.

The Italian manager is very highly rated within the game and his style of play has earned plaudits from all across Europe.

Chelsea fans will be expecting a free-flowing attacking style of football at Stamford Bridge next season.

The Blues will be competing in the Europa League next season and the 59-year-old will be looking to get them back into the Champions League in 2019.

Speaking to the club media after his unveiling, Sarri said: “I am very happy to be coming to Chelsea and the Premier League. It is an exciting new period in my career. I look forward to starting work and meeting the players on Monday ahead of travelling to Australia, where I will be able to get to know the squad and begin our match action. I hope we can provide some entertaining football for our fans, and that we will be competing for trophies at the end of the season, which is what this club deserves.”

Club director Marina Granovskaia was full of praise for the Italian as well. She said: “We are delighted to welcome Maurizio and are looking forward to him bringing his football philosophy to Chelsea. Maurizio’s Napoli side played some of the most exciting football in Europe, impressing with their attacking approach and dynamism, and his coaching methods significantly improved the players at his disposal. He has plenty of experience in Serie A and the Champions League and we know he is relishing the chance to work in the Premier League.”

Here is how the Chelsea fans reacted to the news.

Finally the announcement we’ve all been waiting for!! Attacking football back at the bridge. English champions 2018/19 here we come!