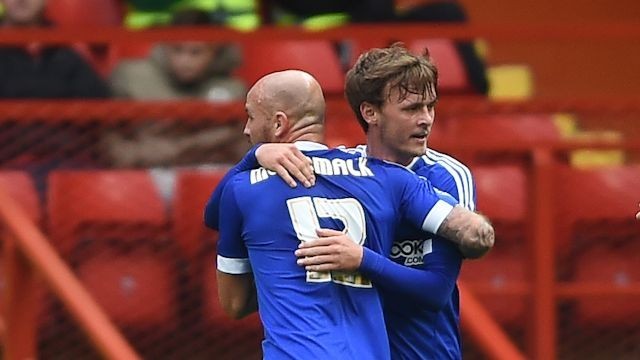 Chelsea have confirmed their midfielder John Swift’s loan move at Brentford has extended until January 3.

The 20-year-old joined the Championship club initially for a month. However, an impressive display during his time at Griffin Park saw Brentford keep him so they can utilise his services until the end of this calendar year.

A statement on Chelsea’s official website read, “John Swift’s loan to Championship club Brentford will continue into 2016 following an initial one month at Griffin Park. His loan has been extended to 3 January.”

The Blues academy midfielder has featured in all four matches for Brentford this month. He was impressive in the matches he featured for the Bees. Swift started in the all three matches against Rotherham, Wolverhampton Wanderers and Charlton Athletic, where he scored against Charlton and managed an assists when his side faced Wolves.

Brentford also confirmed Swift’s stay until January on their official Twitter account. Their head coach Lee Carsley has expressed their delight after managing to keep him at the club for an extended period.

“We are delighted that Chelsea have allowed John to stay with us until January. He has been a very good addition to the squad. He has slotted in well to the group,” Carlsey told their club’s official website.

“We spoke to him about pushing on and standing out with the quality he has. It is important he doesn’t rest on his laurels. His work rate has been outstanding since he has been with us and if he wants to stay in the team he has to maintain that.”

Swift came up through the ranks of the English champions’ youth setup. He made a break into the first team in May 2014 when he came on as a substitute in the 81 minutes in the Blues’ 2-1 victory over Cardiff City where he replaced Eden Hazard.