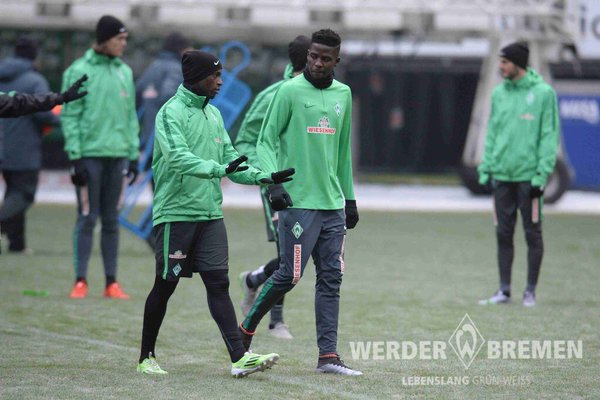 Chelsea football club have confirmed that the 27-year-old centre back Papy Djilobodji has joined Werder Bremen on loan for the remainder of this season.

The former Nantes defender has had a torrid time at Chelsea since joining the Blues for a fee of £4 million in the summer.

His only appearance was a substitute appearance in a cup game against Walsall and he has now left Chelsea without even making his Premier League debut.

Werder Bremen are having a season to forget in the Bundesliga this season and are fighting to beat the drop. The German outfit are 16th in the league table and are in desperate need of reinforcements.

Bremen have struggled all across the pitch this season, but their defending has been particularly worrying. The Bundesliga side have conceded 32 goals in 17 games this season and Djilobodji is expected to provide much needed defensive depth to the side.

It is evident that the player is not a part of the manager’s plans at Chelsea and, therefore, a move away from the club benefits all parties.

If Djilobodji can make a positive impact in the Bundesliga, Chelsea can always offload him for a reasonable fee in the summer.

It is unlikely that the player was on high wages and, therefore, the loan deal was probably a move from Chelsea to protect the player’s value.

From a business point of view, Chelsea have struck a very intelligent deal and as for the player, he is at the stage of his career where he needs to play regularly and the move could not have come sooner.

The player has already been spotted with his new teammates at Bremen and was pictured training in the club gear.

Furthermore, the German club confirmed that the player will wear number 3 at the club.