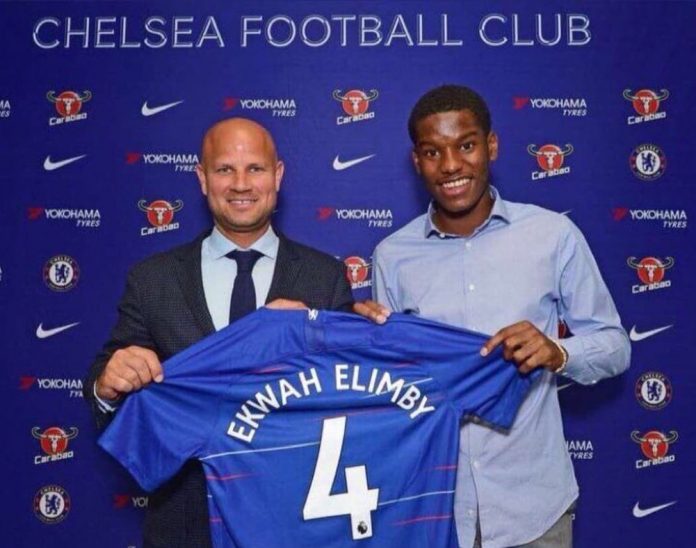 Chelsea have completed a deal with Nantes for defender Pierre-Emmanuel Ekwah Elimby who will wear the No.4 shirt next season. The 16-year-old is highly-rated and reportedly set the Blues back around £1.8m. Ekwah Elimby will slot into the Chelsea u18s for 2018/19 and will look to progress to the reserve side in the future.

The French youth international, who has racked up 13 appearances for the u16s, has signed a two-year contract. He plays as a centre-back and can operate in midfield and will join a side who won the quadruple last season. Managed by Jody Morris, Chelsea won the U18 Premier League southern title, U18 Premier League Cup, U18 national final and FA Youth Cup in 2017/18.

Ekwah Elimby has a long journey to the Chelsea first-team but can take hope from Andreas Christensen’s rise from the youth side to the senior squad. He has stiff competition from the likes of David Luiz, Antonio Rudiger, Gary Cahill and Cesar Azpilicueta, but has some brilliant mentors to learn from in the coming years.

There’s a lot of uncertainty surrounding Chelsea this summer, with manager Antonio Conte yet to be replaced by Maurizio Sarri, but the fact the club are securing deals for their young talents is a good sign.