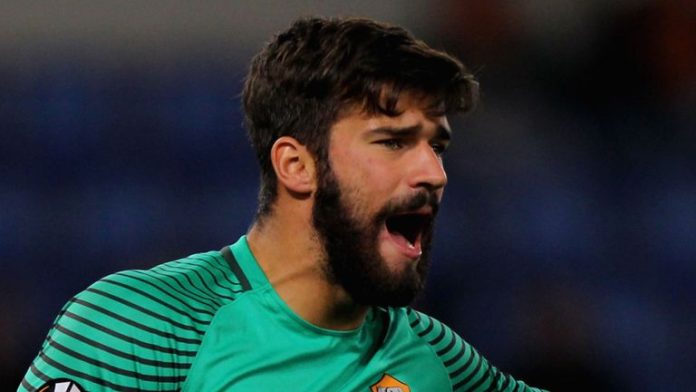 Chelsea are leading the race to sign Roma goalkeeper Alisson.

The Serie A club want £62 million for the Brazilian stopper and Spanish media outlet Marca has claimed that Chelsea have offered close to that figure after holding initial discussions this week.

Real Madrid offered £35m earlier this month, but it was immediately rejected by Roma.

Alisson, who is currently on international duty with Brazil at the World Cup, is understood to be eager to move away from Italy.

He has already kept two clean sheets in Russia, with Steven Zuber’s controversial header for Switzerland the only time he has been beaten so far.

The goalkeeper’s preferred destination is Madrid, but it appears unlikely that they will match Chelsea’s offer.

The Blues currently have numerous deals in the pipeline as they close in on appointing Maurizio Sarri as their new manager.

Sarri has identified a number of targets from Serie A, including Juventus defender Daniele Rugani and Roma’s Kostas Manolas.

The 59-year-old is expected to be announced as Antonio Conte’s replacement over the next few days.