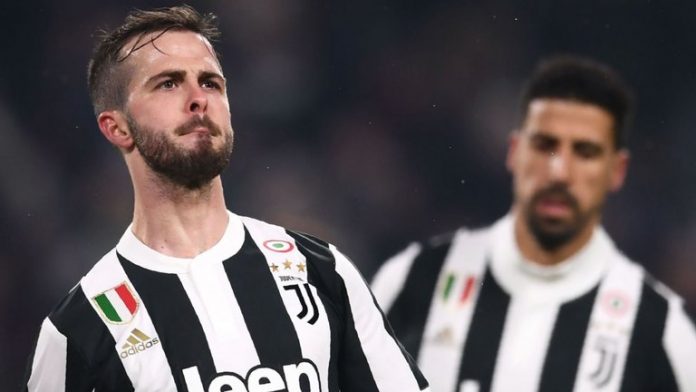 Chelsea will rival Barcelona for the signature of Juventus star Miralem Pjanic this summer.

Italian media outlet Corriere dello Sport has claimed Barcelona were leading the race to sign the midfielder, but will now face competition from the Premier League club.

Both clubs are understood to be able to offer more lucrative terms to the Bosnian than he is currently on in Turin.

Juventus will demand around £70 million for Pjanic as they want to reinvest funds in Lazio star Sergej Milinkovic-Savic.

The towering Serb is also on Manchester United’s radar and impressed for his country in their World Cup opener against Costa Rica.

Pjanic has emerged as a target for Barcelona after they missed out on Antoine Griezmann, who opted to stay at Atletico Madrid.

He previously played for Metz and Lyon in France, before signing for Roma in 2011. Pjanic went on to score 30 goals in 185 appearances in all competitions for the club.

Pjanic has won 81 caps at senior level for Bosnia-Herzegovina and bagged 11 goals.