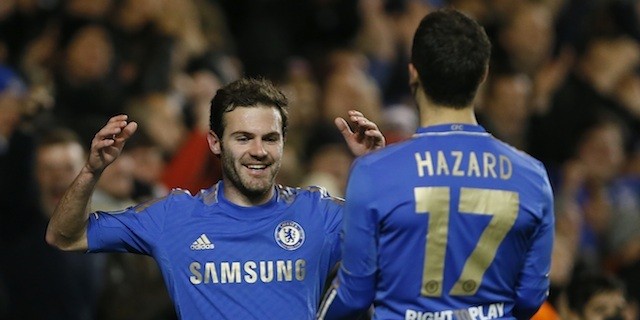 PSG are reportedly preparing an approach for Chelsea pair Juan Mata and Eden Hazard in the upcoming January transfer window. 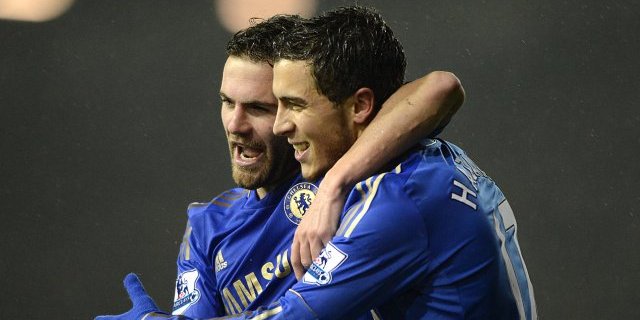 The duo have experienced contrasting favor under Chelsea boss Jose Mourinho, but both are reportedly transfer targets for mega-bucks French outfit, PSG.

The Parisian club are supposedly looking to overhaul their attacking midfield, with the likes of Jeremy Menez, Lucas, and Javier Pastore all rumoured to be leaving the Parc de Princes.

Juan Mata is sure to be unhappy with his role at Stamford Bridge, with his stay in the capital having turned quite sour since Mourinho’s return to Chelsea.

PSG have been perennially linked with a move for the Spaniard in the last few months, but now according to L’Equipe (via Le 10 Sport), they are insisting that Mata hand in a transfer request. 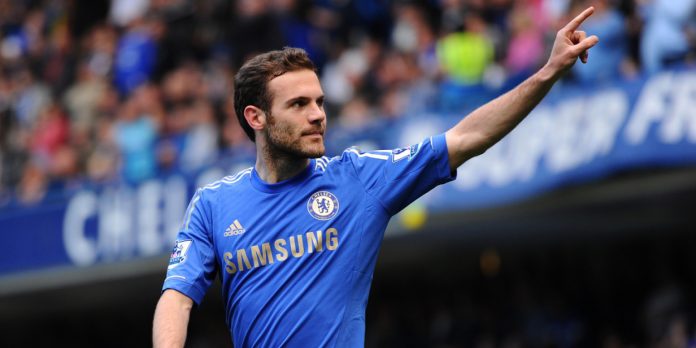 According to the report, Mourinho will not sanction the sale of Mata, despite having marginalised the reigning ‘Chelsea Player of the Year’. PSG are said to believe that a transfer request is the the best way to force through a deal, and the ball is seemingly now in the 25-year-old’s court.

Hazard on the other hand has enjoyed a highly productive season under Mourinho, and has become an established part of the first team.

Last week, ‘France Football’ (via the Independent) claimed that PSG were linked with a £34m move for the Beligian international, so as to bring him back to France to team up with Zlatan Ibrahimovic and Edinson Cavani.

There is surely no way Chelsea will let go of both players in the summer, let alone in January. With the Kevin De Bruyne saga also rumbling on, the Blues would be without a midfield if all these rumours came to pass!

We know Mata’s situation at Chelsea is far from ideal, and a January move would not be unexpected. Hazard meanwhile has been afforded plenty of game time, and seems to be a favourite of Mourinho’s.

What do you think? Would Chelsea let Hazard go if the right bid came in? Is there any chance of Mata staying at Stamford Bridge? Let me know in the comments below…