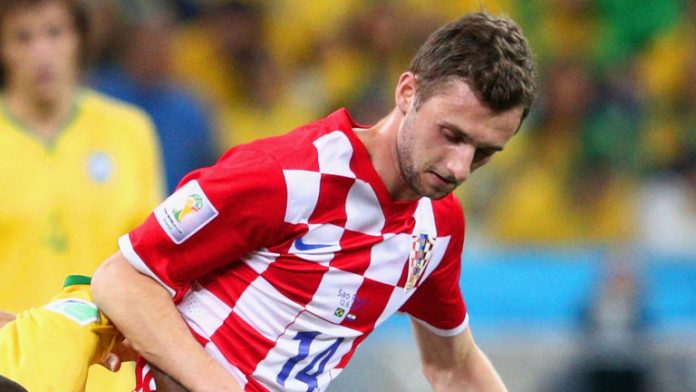 Chelsea, Arsenal and Tottenham Hotspur have been linked with a move for Inter Milan midfielder Marcelo Brozovic.

Italian media outlet Tuttosport has claimed that Inter Milan are looking to sell the Croatian international for around £17.5 million this summer.

Brozovic made his professional debut for Hrvatski Dragovoljac in 2010, before signing for NK Lokomotiva the following year.

He penned a seven-year contract with Dinamo Zagreb in 2012 as a replacement for Hamburg-bound Milan Badelj.

Brozovic signed with Inter on a one-and-a-half year-loan deal in January 2015, with a conditional obligation for Inter to buy.

The midfielder’s move to the San Siro was made permanent in July 2016 and he signed a contract extension until 2021 later that year.

He has scored 17 goals in 106 appearances in all competitions for Inter.

Brozovic has also represented Croatia at various junior levels and made his debut for the senior side against Australia in 2014.

He has been capped 32 times by Croatia, scoring six goals.

Brozovic has recently earned rave reviews for his performances in his new role just in front of the defence.

Gazzetta dello Sport compared him with Real Madrid and Germany international Toni Kroos and the rumoured fee to secure his services could make him a value-for-money signing for a Premier League club.