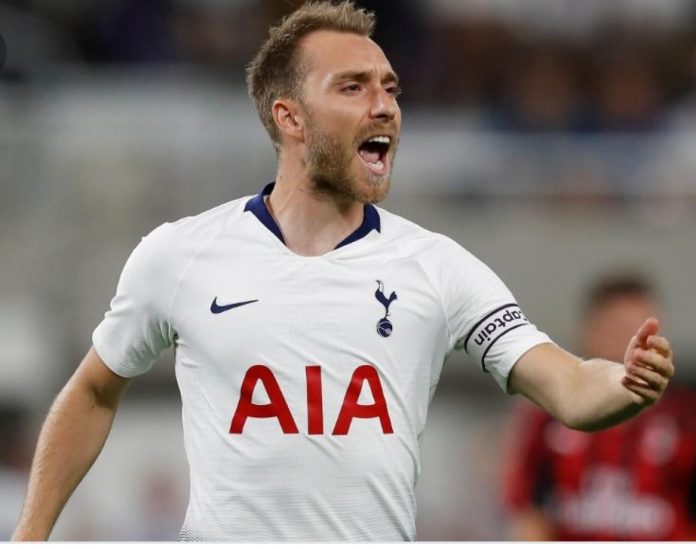 Christian Eriksen will be the subject of a tug-of-war next summer, with Premier League giants Manchester United and Chelsea battling for his signature, according to The Express.

The Dane is yet to agree a contract extension, with his current deal running out next year. The report claims talks have been on going with the 26-year-olds’ representatives, but as yet no agreement has been reached.

Real Madrid planned to make a move, but are believed to have cooled their interest. PSG and Bayern Munich are also monitoring the situation.

However, it appears that Tottenham’s premier league rivals, Chelsea and Manchester United are now also in the picture.

Eriksen has been a revelation for Spurs since his £11m move from Ajax, nearly six-years ago. The Danish international is one of the club’s major stars, helping them compete at the highest level.

During the former Ajax mans’ time in north London he has scored 62-goals in 255-appearances, adding 79-assists to his tally. That means he contributes to a goal in under every other game.

United will be looking to made new additions as they move away from the Jose Mourinho style of football. Eriksen’s style would suit the more attacking aspect of the game that is evident since Ole Gunnar Solskjaer took over as caretaker boss.

Chelsea have been short of goals, and with players under performing, it’s likely Maurizio Sarri will look to continue to rebuild a team to suit his style. Eriksen’s ability could give the Italian another option to stop the reliance on Eden Hazard.