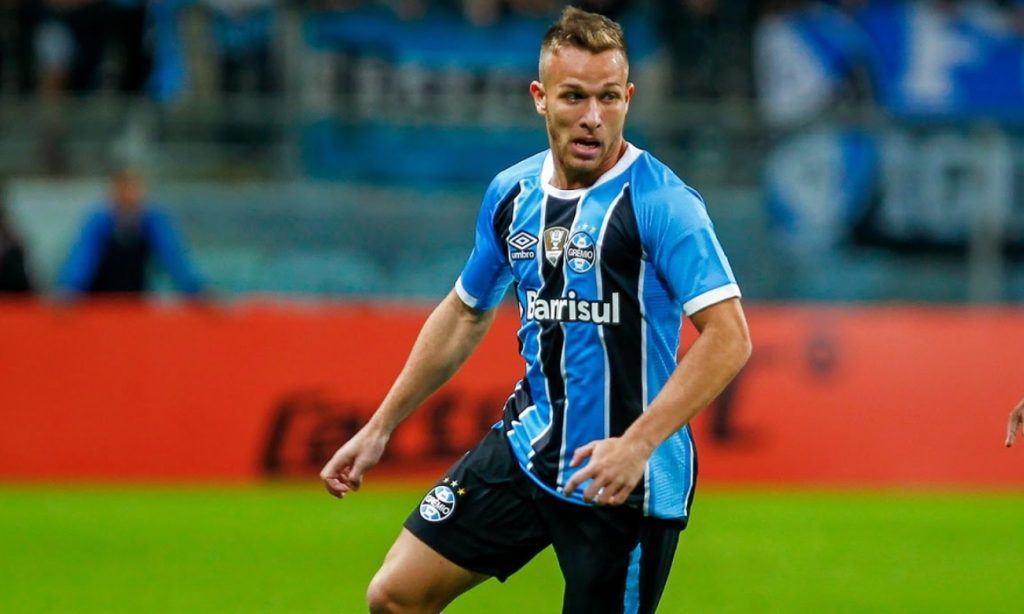 Chelsea and Manchester United have joined Barcelona in keeping a watchful eye on Gremio midfielder, Arthur.

According to Daily Mail, the Catalan giants looked favourites to clinch the youngsters signature after he met with Barcelona officials – He was also pictured in their famous red and blue shirt.

Gremio were incensed by this and told Blaugrana they would only part with the midfielder if they met the youngster’s £45m release clause.

Arthur has just experienced a fabulous 12 months that has seen him breakthrough to become a regular at Gremio. Also, a memorable season that saw ‘Immortal Tricolor’ win the Copa Libertadores.

To top off a magical 2017, the starlet has also recently been called up for international duty for the first time.

With so much potential it’s no surprise the Premier League giants are interested.

The report continues by suggesting Gremio are keen to do business with either of the English clubs for a fee of around £35m.

It is also thought Barcelona will not pursue a deal, as they are keen to balance the books after the extravagant purchase of Philippe Coutinho.

Whether a deal will be struck this month seems unlikely. However, a summer move may well be on the cards.